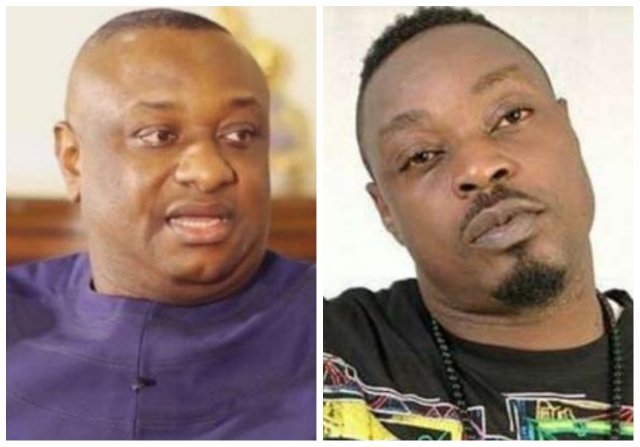 Separating the art from the artist will never be a stonewall.

Over the past 24 years in Nigerian music and culture scapes, Eedris Abdulkareem has earned a reputation as something of an activist. By way of his music, he has taken a stance against corruption, unfair treatment, undue advantage and political decadence.

In 2003 single, ‘Jaga Jaga’ was an empirical analysis of the disorder in the Nigerian society, under the leadership of former President, Chief Olusegun Obasanjo. The song was powerful enough to earn a reported snide comment from the President. Those reports claim that Obasanjo responded to Eedris in Yoruba that, “Ile baba e l’o ma jaga jaga…”

In English that means, “It’s his father’s house that would be jaga jaga…”

On his 2005 album, Unfinished Business, he canvassed an ‘Electoral Reform’ and addressed the profiling of Nigerians from the North on ‘We Ain’t No Terrorist.’

Between ‘Unfinished Business’ and his 2004 effort, Jaga Jaga, he released a honest political critique via his fourth studio album, Letters To Mr. President. It was both a ground for patriotism and an empirical analysis of Obasanjo’s second term in office.

Away from that, Abdulkareem also documented sexual harassment in Nigerian universities via the three-part ‘Mr. Lecturer.’ Another perspective to that trilogy is one of undue advantage and unfairness. In person, Abdulkareem actualized that during the infamous airplane row with American rapper, 50 Cent and his crew, G-Unit.

Throughout this period, Abdulkareem was not immune to criticism and negative perception. Some haters of his music projected their hatred on his needed socio-politically charged music.

They preferred the positive portrayal of Nigeria on ‘E Go Better’ by his label mate, former bandmate and nemesis, Tony Tetuila. Still, he never stopped and neither did he budge.

Over the past 10 years, as Abdulkareem has rode his wave as a bonafide legend of Nigerian music, he has also dragged his status through the mud.

From his needless collision with Davido to his unfair assessment of Burna Boy, he has made himself the subject of ridiculous comments from young people who should never have the balls to look him in the face.

However, that reality remains ‘on brand’ for Abdulkareem. His brand has never been clean or prim and proper. It’s always been one of imperfect impact and commendation through the uncertain lens of negative perception and even controversy. Either he was rapping, beefing or critiquing the government, Abdulkareem has always forced Nigerians to pick a side and have an opinion.

Thus, when a ‘Jaga Jaga (Reloaded)’ featuring Madarocka Chi and iconic Port Harcourt rapper, Mr. Raw dropped a few days ago, there was only ever going to be one outcome; divided opinions.

However, nobody could have envisaged the response from Minister of State for Labour and Employment, Festus Keyamo SAN, who is also a self-acclaimed – or whatever – human rights activist.

On ‘Jaga Jaga (Reloaded),’ Abdulkareem had namechecked Keyamo with the line, “ “where Festus Keyamo sef? He don dey chop with cabal o…”

This line is in contrast to Abdulkareem’s sentiment in 2004, on the original ‘Jaga Jaga,’ he critiqued the unlawful detention of Festus Keyamo.

He seemed to perceive Keyamo as a human rights activist and kindred spirit against the struggle and in a unified struggle against corruption. These days, Keyamo now benefits from the system that he once stood against and vehemently critiqued.

The best way to disrupt a system is from the inside, but there is no disruption from the inside when the decadent inside now gets your unwavering support.

On the original ‘Jaga Jaga,’ Abdulkareem had rapped that, “If you see Keyamo biya biya, dem lock am for jail for Abuja…”

Keyamo didn’t take the responses lightly. In a 10-tweet thread, he exploded in Abdulkareem’s face and bashed the legendary rapper. He also presented receipts that positioned Abdulkareem as a man scorned by his failed attempt to also benefit from the corruption that he has dedicated his life to critiquing.

In an instant, it turned a horde of supporters against Abdulkareem. But if there’s one thing Nigerians hate more than the police since we found our unified voice and reawakened our protest culture during EndSARS, it’s hypocrisy and the idea of a two-faced activist.

However, some others have stood with Abdulkareem and his message. Surprisingly and commendably, Nigerians refused to be manipulated by Keyamo, whom many have dubbed as the instrument of distraction against the ongoing scrutiny of the government over the Jihadist antics of Mallam Issa Pantami, our Communications Minister.

What does this mean for Abdulkareem’s legacy?

Nobody has really addressed is what these allegations do to the legacy of Abdulkareem, the once belatedly celebrated legendary rapper who has used his voice to speak out against the government for over 20 years.

On one hand, Keyamo’s revelations are damaging to Abdulkareem’s reps, even though we have accepted the distraction of focusing on the bigger evil, Issa Pantami. But on the other side, the arguments of ‘the content of ‘Jaga Jaga (Reloaded)’ still count despite your revelations’ might be a way to preserve some of Abdulkareem’s legacy.

Keyamo’s revelations might have tainted the motivation of Abdulkareem’s 20 years of activism as someone who constantly seeks attention – from the government, but it doesn’t render the honest realism and stark critique of governmental shortcomings that he has portrayed in his music for over 20 years.

In fact, nothing suggests that Abdulkareem’s motivation has always been to be in government and be part of the oppressive Nigerian political elite. Things have changed for Abdulkareem.

When he made ‘Jaga Jaga,’ he was riding high as arguably the biggest artist in Nigeria nigh Africa. He was jet-setting across the world, releasing smash hits and winning international awards. He also had money, which was strolling in from his multiple efforts, tour dates and endorsements.

These days, Abdulkareem isn’t that man anymore and he still has bills to pay. Lack of money can drive men to seek solace in weird places and in those moments, their motivations might chang. In those moments, Eedris might have formed a hunger to benefit from the government he had critiqued for years.

In essence, Abdulkareem’s legacy is tainted. However, his years of socio-political activism have definitely not been invalidated. In fact, the stark truth in records like ‘Jaga Jaga’ and ‘Electoral Reform’ still counts. The person might not deserve to be believed anymore, but his music and the legacy and efficacy of it will never be invalidated.

Herein lies the problem; how can you believe the music when its creator has been tainted?

This falls back into arguments of separating the art from the artist. While in some cases, certain artists aren’t always singing about the subject of their offence and cancellation, Abdulkareem’s case is different.

Just like you would have a weird feeling off listening to a new love-filled single from R.Kelly, you would find it hard to accept Abdulkareem’s newer songs about political activism. This is what happens when the subject of offence and cancellation and the source of an artist’s identity are the same.

Although Abdulkareem has since offered an explanation on why he reached out to Keyamo, but he called Chief Olusegun Obasanjo “my father” on ‘Jaga Jaga (Reloaded)’ while he dissed Keyamo when both politicians are basically the same thing.

Reason suggests that Eedris might have specifically name-checked Keyamo for airing him when he needed help.

That said, everybody should form their own opinion as regards what works for them. Separating the art from the artist will never be a stonewall.

At best, it will be borderline and people should be free to make their own choices as long as they don’t support the subject of that person’s cancellation.

Eedris replies Keyamo, says 'I thought he was a brother'