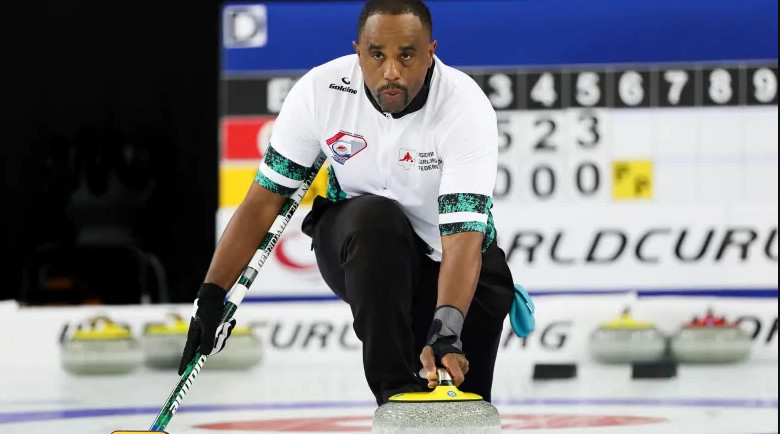 Curling for Nigeria, the Coles had just beaten France 8-5 at the Sormarka Arena in Stavanger, Norway and although the win didn’t stop them from crashing out of the 2019 World Mixed Doubles Curling Championship, the 8-5 victory over France went straight into the record books.

It was the first time an African country was winning a game in a World Curling Championship, a historic feat which followed the couple’s achievement as the first Africans to compete at the championship.

Born and brought up in Nigeria, Tijani who is from Onitsha in Anambra State Nigeria and his Canadian wife Susana took up curling just three years ago.

In that time, Tijani has mastered the art of sweeping and together with Susana’s excellent shooting the Denver-based couple has their name in the history books.

“Nigeria we did it for you, I’m over over-the-top happy, elated, excited,” Tijani is quoted to say by the Canadian Broadcasting Corporation (CBC).

The novelty of their historic outing at the 2019 World Mixed Doubles Curling Championship however, didn’t stop them from getting reality check on the ice with losses in their first six games in Norway.

“All of our hard work has paid off. We did it,” Susana said. 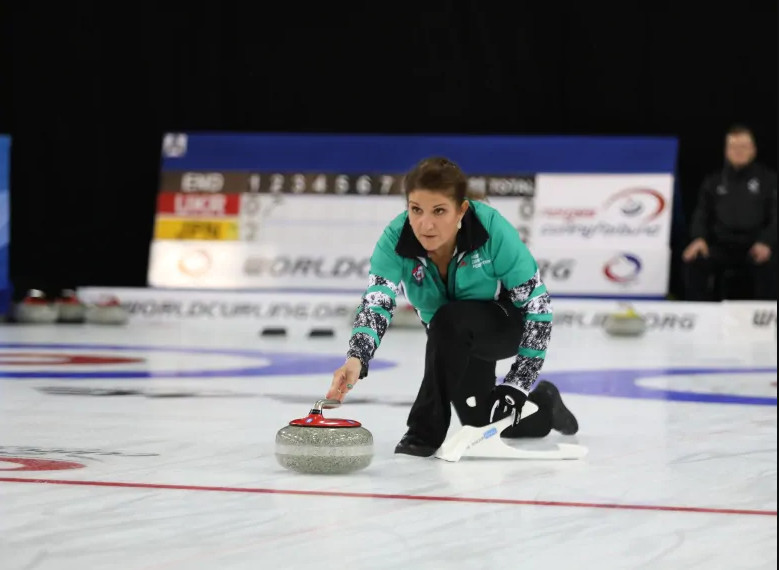 It’s been particularly special for Tijani who has had the life-long dream of representing his beloved country Nigeria in a sporting event.

He had been long inspired by watching athletes fly the Green-White-Green flag of Nigeria at the Olympics and on Saturday, April 20, he fulfilled his lifelong dream after Nigeria entered the competition through an open entry.

“I remember watching opening ceremonies of several Olympics as a little kid and saying ‘someday I want that to be me,” Tijani said.

“My mom passed before she could see it so I was waving it for her and my father up in heaven so we could say ‘yes, we finally got that childhood dream’.”

“What a great dream to share this with your best friend, my wife,” he added.

It doesn’t stop at just representing Nigeria at a world curling championship for Tijani and Susannah who have already established contact with curling enthusiasts in Nigeria with an aim to grow the sport in the country.

They were involved in the formation of the Nigerian Curling Federation in 2018 and recently held a curling clinic in Lagos which hundreds of young people attended. 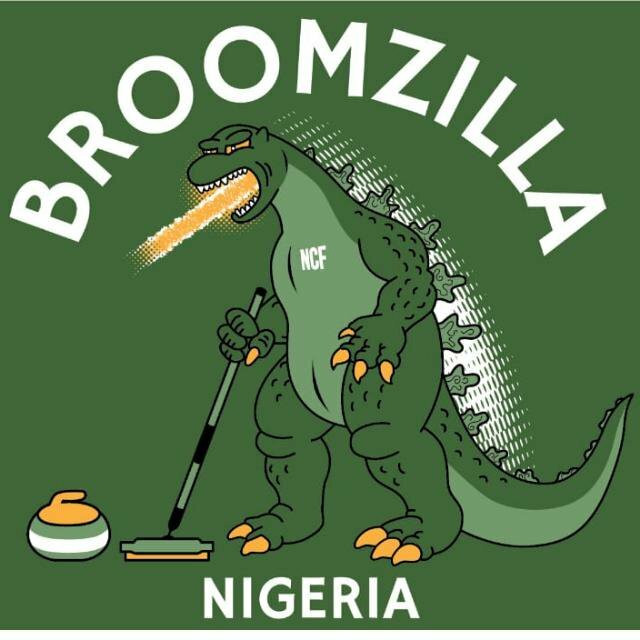 “They’re curious to come out and see what the heck this is,” Tijani is also quoted to say by the CBC.

“What we like about the dry-land curling is that you can put it anywhere. We want it to be like that lunchtime basketball game feeling.”

Curling is a fun game sport in which players take turns in delivering a stone down the ice towards a target area which is usually a circle.

A team scores one point for each stone which is closer to the centre of the circle with only the stone touching the circle counted.

When all the stones have been played, an ‘end’ of curling is complete and the team that scores in the previous end plays first in the next end.

The Nigerian Curling Federation whose president is Daniel Damola, have an official mascot called ‘Broomzilla’ which features a fire-breathing dragon-like creature holding a curling broom.