This is it: Messi gets set for PSG Champions League bow 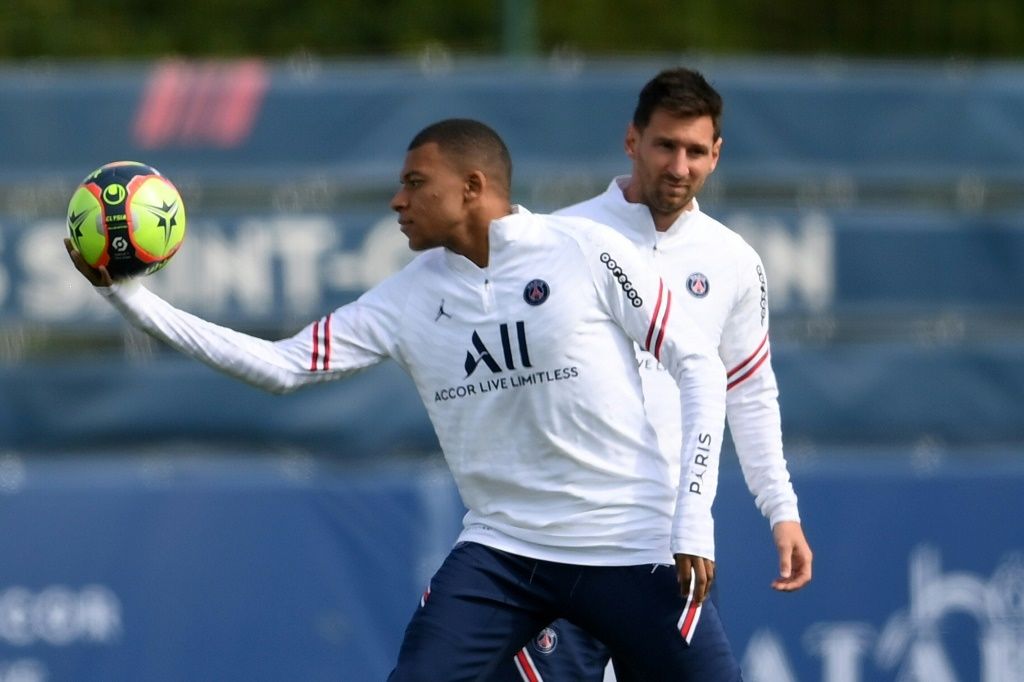 Lionel Messi came to Paris to win the Champions League again and on Wednesday he is set to finally make his first start for his new club when they kick off their European campaign in Bruges.

Five weeks have passed since Messi was presented as a Paris Saint-Germain player and declared he was in “the ideal place” to win the biggest prize in club football for the fifth time.

In more than a month he has been seen in a PSG jersey for just 24 minutes as a substitute in a Ligue 1 game at Reims.

The 34-year-old had been expected to make his full debut for the Qatar-owned club last weekend but in the end he was rested against Clermont after returning from international duty with Argentina.

However, PSG coach Mauricio Pochettino is expected to finally unleash the six-time Ballon d’Or winner from the start at the Jan Breydel Stadium against Belgian champions Club Brugge in the Group A opener.

If Neymar and Kylian Mbappe start too, it will be the first time the superstar attacking trio will have been on the pitch together for the Parisians.

Expectations are sky-high, both for Messi at his new club and for PSG in the Champions League, a trophy they have yet to win but crave more than anything.

PSG will play Abu Dhabi-backed Manchester City -– the team that knocked them out in last season’s semi-finals -– as well as RB Leipzig in a group that could hardly have been tougher, but this is a team built to go all the way.

“It makes me think of Liverpool when I arrived there. Liverpool were building a team to win the Premier League. Here I have joined a team that has been built to win something. I said to myself: ‘This is going to be massive’,” Georginio Wijnaldum, another of PSG’s summer signings, told sports daily L’Equipe.

They should, at the very least, be far too strong for their first opponents, even if the former European Cup finalists have been Belgian champions in three of the last four seasons.

The last time PSG went to Bruges was in the group stage two years ago. There was no Messi then, and there was no Neymar either, but Mbappe bagged a hat-trick in a 5-0 win.

Ramos has not played at all yet, while Messi has been slowly preparing himself, but PSG have still won five games out of five in Ligue 1, scoring 16 goals.

Their recruitment drive, coupled with their decision to knock back up to 200 million euros from Real Madrid for Mbappe even with the France star in the final year of his contract, has had some of their European rivals up in arms.

“State-owned clubs are as dangerous for football’s ecosystem as the Super League was,” said La Liga president Javier Tebas, calling PSG’s spending “unsustainable” in a football economy suffering from the impact of the pandemic.

PSG have always claimed they have not breached UEFA’s Financial Fair Play regulations and issued a stinging rebuke to Tebas, calling his remarks “insulting and defamatory”.

When it comes to Messi, La Liga’s loss is PSG’s gain. That is clear even if Messi has hardly contributed anything on the field for his new team.

“There are many more people who have a wider vocabulary to describe him closer to the reality Leo deserves,” Pochettino told UEFA.com when asked for his impressions of his compatriot.

Pochettino, who is without the suspended Angel di Maria for the start of the European campaign, was wary of playing up PSG’s Champions League chances just yet.

“This is a really unpredictable competition…you need to be lucky,” he told UEFA.com.

Then again you can’t get much luckier as a coach than having Messi, Neymar and Mbappe in your team.

Is this Barcelona team better than the one that lost 8-2 to Bayern Munich?