Sub-Saharan Africa is set to get its first bullet train courtesy of Tanzania and Rwanda.

In a joint announcement, Rwanda’s Minister of Infrastructure Claver Gatete and Tanzania’s transportation minister Isack Kamwelwe declared the cost was established by an initial study.

The cost will be split between the two nations with Tanzania forking out US$1.3bn and Rwanda US$1.2bn.

The first 400km from Dar to Dodoma is currently underway and being built by Turkish/Portuguese consortium. The cross-border railway project will enable landlocked Rwanda to access the Dar es Salaam port in Tanzania. The line will also support the transfer of goods from Dar es Salaam port to Burundi and Congo. 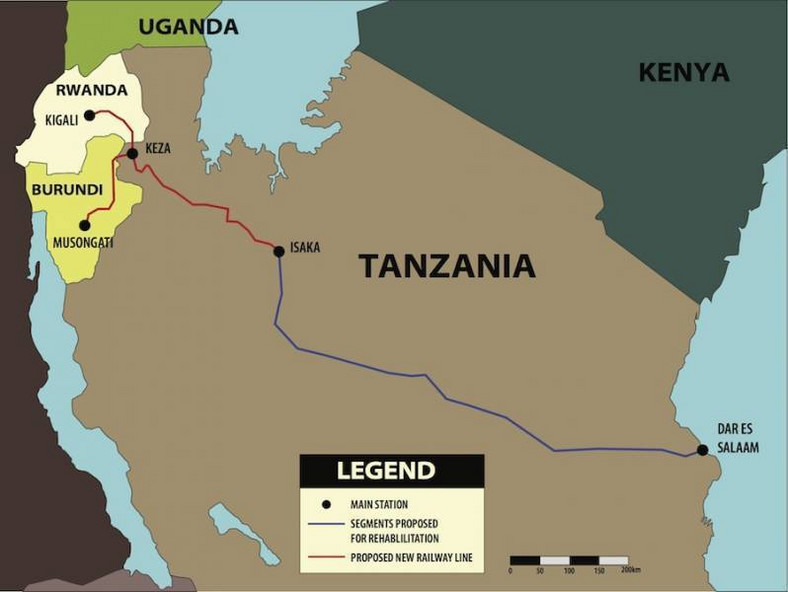 The Isaka-Kigali SGR project linking Isaka township in Tanzania with the Rwandan capital, Kigali was initially planned to be powered by diesel before it was switched to electric.

Once complete, it is expected to provide improved railway connectivity and reduce freight transportation costs in the East Africa region.

The two countries are considering various funding options for the project including from the African Development Bank (AfDB).

Tanzania and Rwanda launched the project in January 2018 and the two countries have agreed to expedite the process to implement the Isaka-Kigali Standard Gauge Railway (SGR) project.