Taiwo Awoniyi makes Team of the Week in Belgium

Royal Excel Mouscron striker Taiwo Awoniyi has been included in the Belgium First Division Team of the Week following his impressive performances for in a matchday 27 fixture.

Nigerian striker Awoniyi was on target for Royal Excel Mouscron as they beat Lokeren 1-0 on Saturday, February 23.

The 21-year-old received a yellow card against Lokeren but also scored the only goal of the encounter before he was substituted for Frantzdy Pierrot in the 87th minute.

The result puts Royal Excel Mouscron in 10th place in the Belgian First Division with a total of 35 points.

Awoniyi who is on loan at Royal Excel Mouscron from Premier League giants Liverpool has been finding the back consistently in recent weeks.

The Nigerian striker has scored five goals and contributed two assists in his last six starts.

Awoniyi struggled for game time and was poor in front of goal when he was initially loaned Royal Excel Mouscron Belgian rivals K.A.A Gent before a switch on the winter transfer window.

The Nigerian striker led the attack in the Team of the Week provided by Belgian media outfit Voetbalkrant. 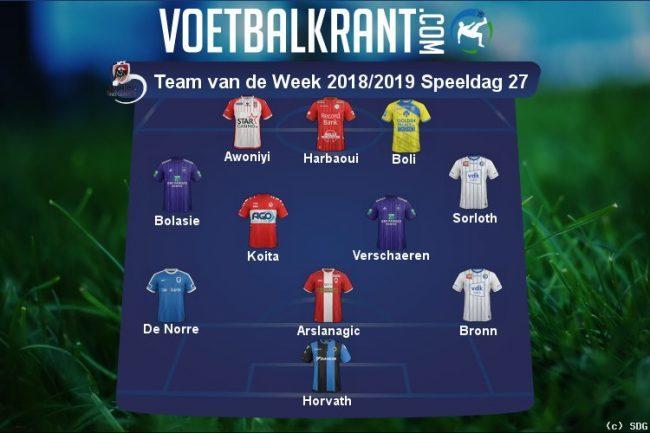 He was joined in attack by Yohan Boli of St. Truiden who scored a hat-trick and also Hamdi Harbaoui of Zulte Waregem.

Others in the Team of the Week were goalkeeper Ethan Horvath of Club Brugge defenders Dylan Bronn, Casper De Norre and Dino Arslanagic. 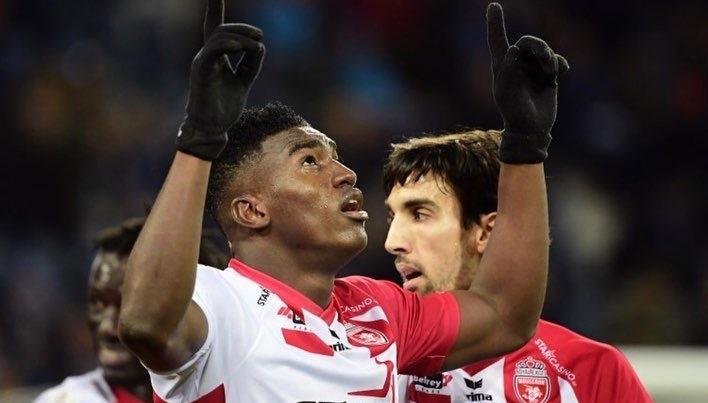 Awoniyi who was in the previous Team of the Week has now made it four consecutive starts selected among the best in Belgium.

Awoniyi is expected to return to action when Royal Excel Mouscron take on Standard Liege in their next league encounter scheduled for Friday, March 1.