It was revealed earlier in April that Chukwu, a former Super Eagles captain and coach needed the sum for medical bills for prostate cancer which he has been battling.

After pledging to help, a rep of Otedola presented a cheque of the said amount to the 68-year-old former coach on Wednesday, April 24 in Enugu.

According to TheCable, President of the Nigeria Football Federation (NFF) Amaju Pinnick and the Governor of Enugu State Ifeanyi Ugwuanyi were present when the cheque was delivered. 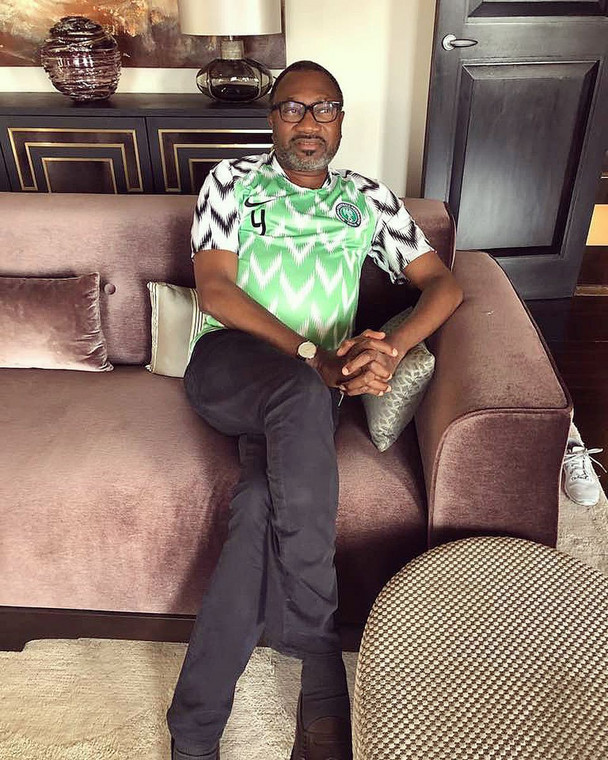 “The governor just called to thank me immensely and I spoke with Christian Chukwu too. He will be flown abroad next week. I told him he will be fine and I will make sure he is provided with the best health services,” Otedola also told TheCable.

Chukwu has also had some help from the Enugu State Government who donated N1.5m for his leg surgery as the prostate cancer had affected his leg.

Known to have a huge frame, Chukwu is seen in recent photos looking very frail.

A defender in his playing days, Chukwu captained the Super Eagles of Nigeria to their first Africa Cup of Nations (AFCON) title in 1980.

Nicknamed ‘Chairman’ for his physical dominance and authority he exuded in defence, Chukwu was also captain of Enugu Rangers and led them the Africa Cup Winners’ Cup title in 1977.

He started his coaching career in Lebanon in the mid-1990s and was appointed coach of the Super Eagles in 2013, leading Nigeria to a third-place finish at AFCON 2004.

Ghana’s economy is at the mercy of foreign investors, importers according to BoG Governor