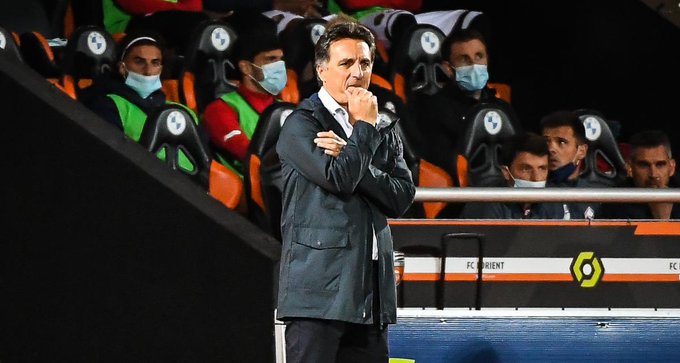 Super Eagles duo to get new manager in French Ligue 1

Pelissier has been at the helm of affairs at the club since 2019, and in his time with the club, he guided them back to the top flight after winning the Ligue 2 title in 2019/20.

Since making the return to the top flight, the 56-year-old coach secured consecutive 16th-place finishes.

Pelissier is proud of his time in the northwest of France and was grateful to the players and staff and encouraged them to continue to strive as the club truly belongs in the top flight.

“I am proud to have helped FC Lorient move up to Ligue 1 and to have managed to keep them there. The place of this club is in this championship. I thank all the players, my staff and the leaders of the club for these three years.

“I will of course follow the results of Les Merlus, and I would like to wish good luck to FC Lorient for the rest of its history”. Pelissier said as per the club’s official website.

In his time at Lorient, Pelissier signed Super Eagles talismanic forward Terem Moffi and tough tackling Innocent Bonke earlier in the year. Moffi, who joined in October 2020, has gone on to become the side’s talisman delivering 12 goal contributions last season which 34 per cent of the club’s total.

Bonke joined in January 2022 and went on to become a first team regular renowned for his brave tackling and defensive awareness.

The club will announce a new manager on Monday morning in a press conference.

5 houses you should never rent in Lagos