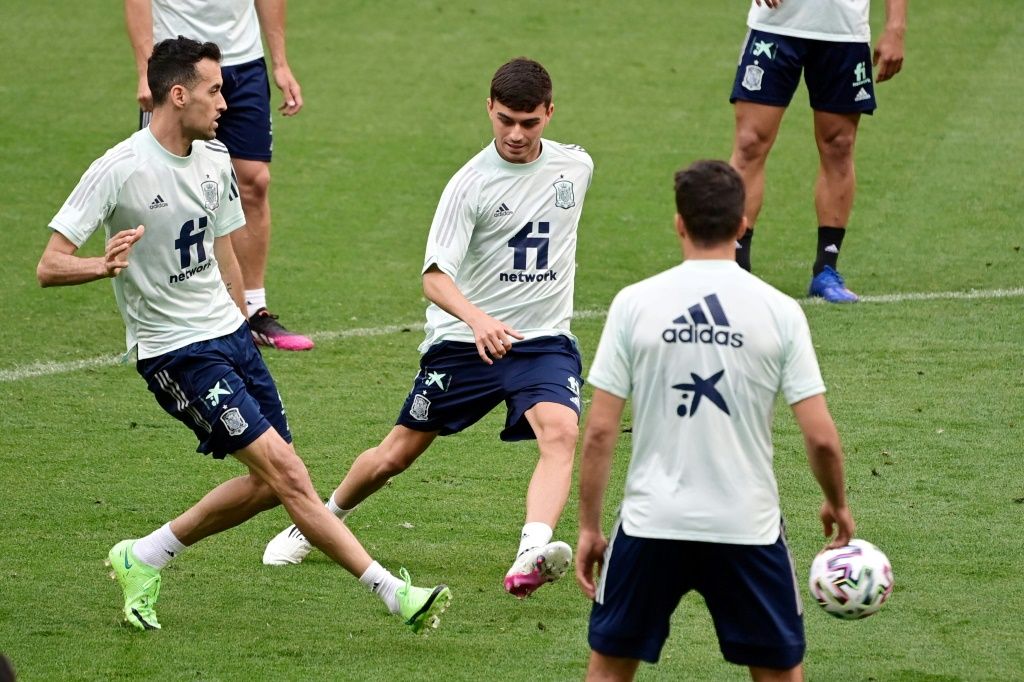 The Spain squad were vaccinated against Covid-19 on Friday, the Spanish football federation (RFEF) confirmed, on the first day of Euro 2020 and three days before the team’s opening game.

Spain start against Sweden in Group E on Monday night and it is possible some players will now feel the side-effects of the vaccination ahead of the fixture in Seville.

The vaccinations were carried out by the Spanish army, who arrived at the national team’s training base in Las Rozas, in the north-west of Madrid, after the government finally gave its approval.

“The players summoned for Euro 2020 have received or completed their vaccination against Covid-19 on Friday,” a statement from the RFEF said.

The RFEF’s initial request for the players to be vaccinated when the squad was announced last month was denied and there have been tense negotiations between the federation and the government over the past week.

“It would be very annoying not to be able to pick a player who had symptoms from the vaccine,” Spain coach Luis Enrique said at a press conference on Thursday.

Spain’s preparations have been heavily disrupted after captain Sergio Busquets and defender Diego Llorente both tested positive this week.

Busquets and Llorente are self-isolating at home, although Llorente has since tested negative and could yet be available to play against Sweden.

Spain had to field an under-21 team in the last warm-up match against Lithuania on Tuesday while the senior players have had to train individually.

Six new players were called up to form a back-up training bubble along with 11 under-21 players.

The federation confirmed different vaccines were used depending on the situation of each player, with some having already received a first dose with their clubs.

After Sweden, Spain play Poland on June 19 and Slovakia on June 23.

Best site to buy and sell Tron, USDT(trc-20) in Nigeria