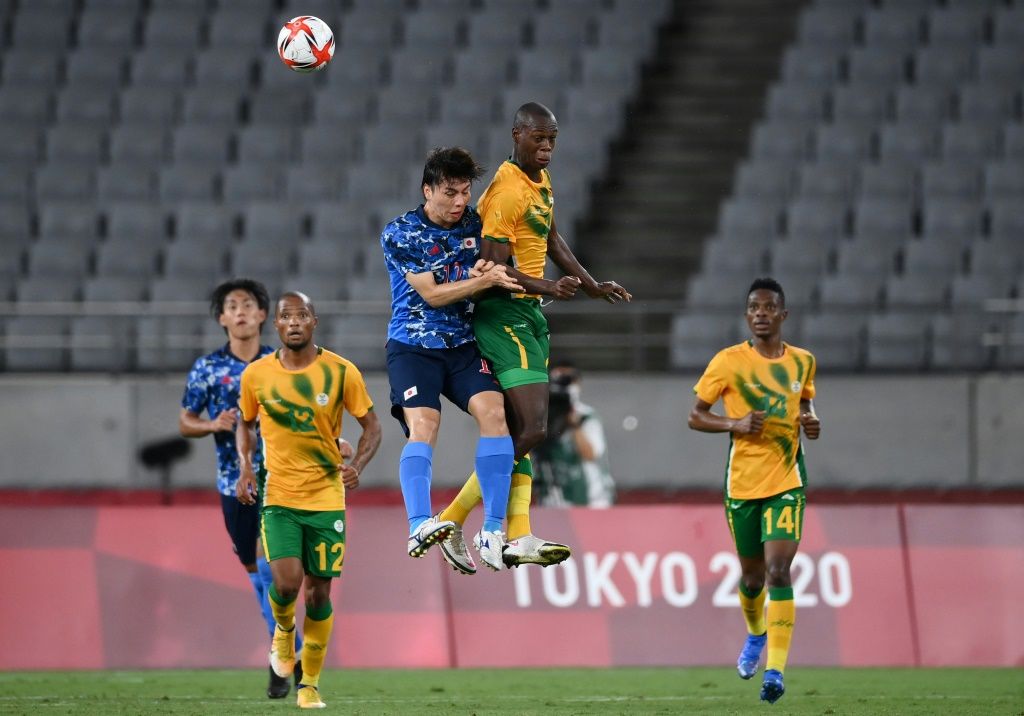 South Africa’s Olympic football coach hit out at “stigmatisation” of his Covid-hit squad, after they were forced to isolate before their 1-0 defeat to Japan on Thursday.

David Notoane said he had seen “people running away” from his team, after two players and a video analyst tested positive for coronavirus on Sunday.

Twenty-one members of the team contingent were forced to isolate in the build-up to their tournament opener, after being named close contacts on Monday.

South Africa eventually lost against the hosts after a 71st-minute Takefusa Kubo goal, but the build-up to the match left a sour taste in Notoane’s mouth.

“One thing that I think one has to mention is the issue of stigmatisation,” he said.

“Often, when people come across us, you see people running away. I think that’s a little disrespectful.”

South Africa were forced to miss two training sessions, with players confined to their rooms after being named close contacts.

Notoane refused to use the disruptions as an excuse, saying “rules are rules” and praising his players for their efforts.

But he also urged people to “treat us humanely”.

“It’s something that we would appreciate as a team,” he said.

Athletes designated as close contacts at the Games must test negative six hours before their event to be allowed to compete.

There were fears that the match would not be able to go ahead if South Africa were unable to register the required minimum 13 players.

But they cleared that hurdle with six substitutes named on their bench, and almost claimed an unlikely point against Japan with a battling performance.

“When what happened happened with Covid, we lost a few players and the quality of the team was diluted a bit, so we had to mentally pull together as a group,” said Notoane.

“I always said to the players that we had to take the spirit of the African lion into this tournament.”

South Africa held out against Japan until Real Madrid starlet Kubo cut into the box and uncorked a left-foot shot inside the far post for the winner.

South Africa defender Tercious Malepe admitted the build-up to the game had been tough, but said the performance gave him hope that the team could reach the quarter-finals.

South Africa also play France and Mexico in Group A.

“We couldn’t go out to train and that limited our preparations,” he said.

“It was not easy sitting in the room, but overall I’m happy with the team. We responded very well, we were unfortunate to get the result today, but it was very positive.”

Griezmann's wife: Good things come to those who wait

TMO Jun 7, 2021 64
After a series of hard tackles at the Knockouts, qualified talents of The Voice Nigeria Season 3 moved on to the…

Griezmann's wife: Good things come to those who wait