R Kelly’s bail set at $1m after surrendering to police

The singer has been at the center of a scandal involving sexual activities with minors for many years. Two days ago, it developed into getting slammed with 10 counts of aggravated criminal sexual abuse on underage girls.

According to the BBC News, though bail has been set for the high amount, R Kelly only has to pay $100,000 to secure his freedom. A judge has reportedly asked the singer to desist from interacting with anyone who is not 18 years old and he must also release his passport for the time-being.

It has been a tough campaign for Steve Greenberg, the attorney defending the 52-year-old musician. At a press briefing a day after R Kelly was arrested, it was quite an ordeal for the lawyer as he tried to discredit lies about his client. 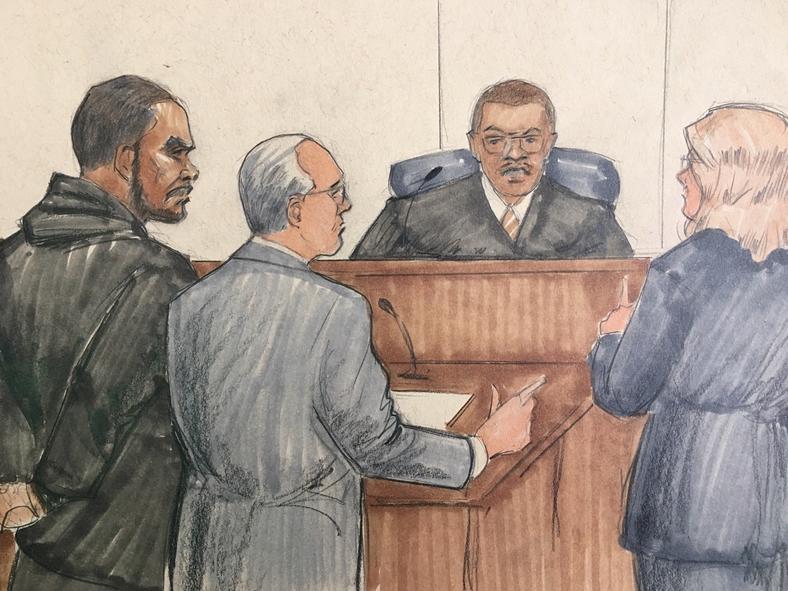 R Kelly is expected to appear in court on Friday, March 8, 2019, following the charges files against him.

A report by Complex on Sunday, February 24, captured Greenberg having an intense argument with a reporter who tried to defend one of Kelly’s alleged victim. The attorney felt the accuser has directed false accusation at his client who “doesn’t have to have nonconsensual sex.”

R Kelly is expected to appear in court on Friday, March 8, 2019, following the charges files against him.