Pele hails 'much more than footballer' Marta after Olympics landmark 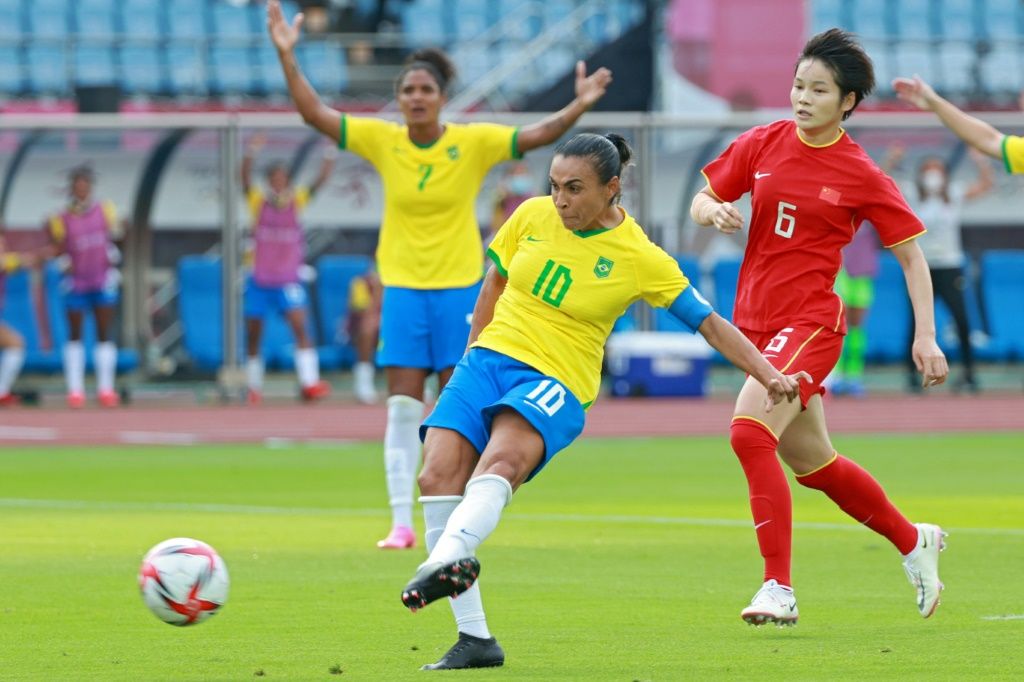 Landmark goal: Brazil’s Marta scores the opening goal against China in in Miyagi

Brazilian legend Pele hailed Marta as “much more than a footballer” and an “inspiration” after she scored in a fifth Olympic Games on Wednesday.

The 35-year-old scored twice as Brazil opened their Tokyo Olympics campaign with a 5-0 rout of China.

“I hope you’re dreaming about what you did a few hours ago. Speaking of which, how many dreams do you think you inspired today?” wrote Pele on Instagram.

“Your achievement means much more than a personal record. This moment inspires millions of athletes from so many other sports, from all over the world, who fight for recognition.

“Congratulations on your trajectory. Congratulations, you are much more than a football player. You help build a better world with your talent, in which women gain more space.”