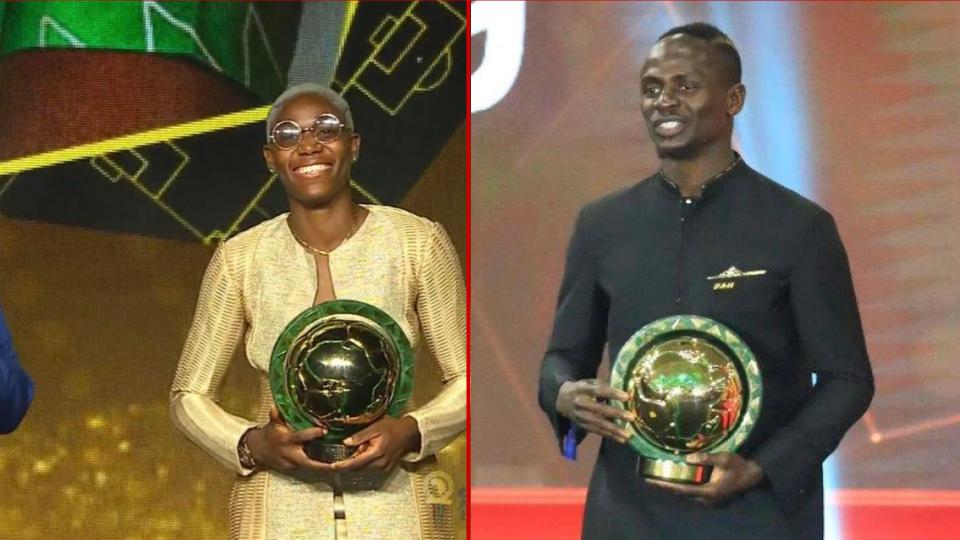 Oshoala and Mane were the biggest winners in the award ceremony that took place in Rabat, Morocco.

Oshoala beat off competition from Cameroon’s Ajara Nchout Njoya and Zambia’s Grace Chanda to claim the prize. It is her fifth CAF player of the year award, the most for an African player in either the men’s or women’s category.

Oshoala was previously tied with former Super Falcons star Perpetua Nkwocha who won the award four times before her retiring.

The Super Falcons star won the award after her stellar performance for Barcelona Femeni last season.

On the international scene, she helped Nigeria qualify for the 2022 Women’s Africa Cup of Nations. She was also in the squad currently competing in the competition but had to pull out after the first game against South Africa after picking up an injury.

Mane is the main man

Meanwhile, in the men’s category, Mane picked up his second consecutive African player of the year, beating Salah and Mendy to the prize.

The Senegalese star had won his first in 2019 before deservedly winning his second on Thursday night. Mane had a successful year for both club and country.

He also had a fantastic year with Liverpool before joining Bayern this summer. Mane played a part in Liverpool’s Carabao and FA Cup wins, while he also played a key role in the Reds’ run to the Champions League final.