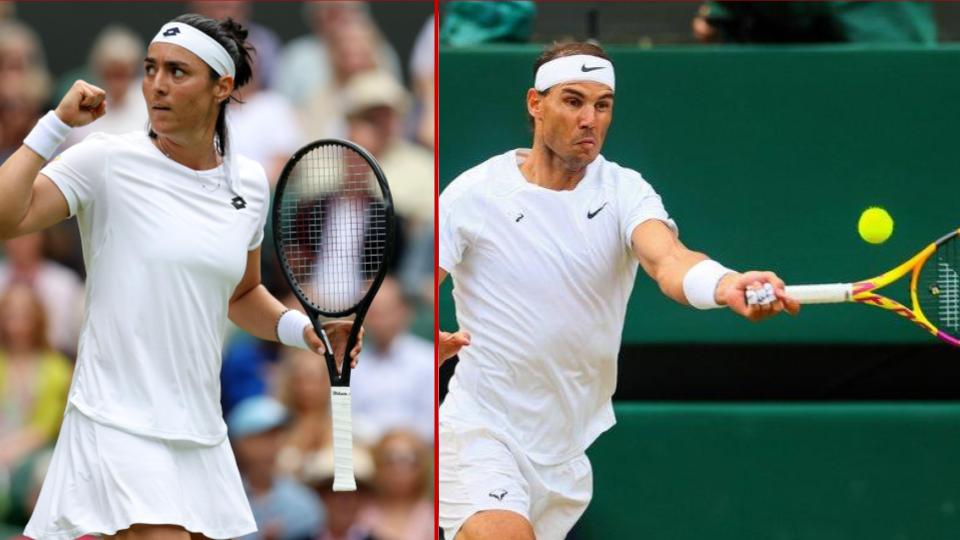 Ons Jabeur made history as she became the first African woman to reach a grand slam final after beating Tatjana Maria in their Wimbledon semi-final clash on Thursday.

After a disappointing French Open, which saw her lose in the final, Jabeur entered Wimbledon as one of the favourites for the title.

She became the outstanding favourite after World No. 1 Iga Swiatek lost in the fourth round.

The 27-year-old lived up to the billing in her semi-final clash. Jabeur drew the first blood, breaking in the third game before breaking again in the seventh game.

Jabeur then served out the first set 6-2. It looked like it was going to be a smooth-sailing victory for the Tunisian, but Maria- a mother of two, stormed back to take the second set 6-3.

However, Jabeur regrouped in the third set, losing just one game to seal a 6-2, 3-6, 6-1 victory. With the victory, Jabeur became the first Tunisian, Arab woman and African woman to reach a grand slam final.

She will now play for a place in history in Saturday’s final against Rybakina, who beat Simona Halep in straight sets.

Nadal pulls out of Wimbledon

Meanwhile, Rafael Nadal will play no further part in this year’s competition after pulling out of his semi-final clash against Nick Kyrgios. Nadal was due to play the Australian for a place in the final after seeing off Taylor Fritz in the quarter-final.

However, he has now pulled out of the clash after suffering an abdominal tear in the clash against Fritz.

“Everybody knows what effort I put in to be here, Nadal said.

“I can’t risk that much and stay two-three months out of the competition.

“Even if I tried a lot of times in all my career to keep going in very tough circumstances, it’s obvious that if I keep going, the injury was going to be worse and worse.”

With Nadal out, Kyrgios advances to the final, where he will face either Novak Djokovic or Cameron Norrie.

Naira weakens against dollar at Investors, Exporters window by 0.10%