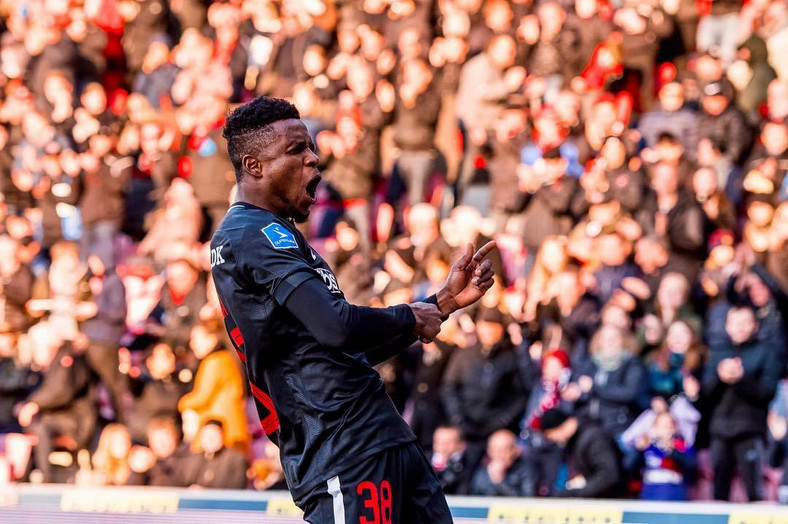 Nigerian players abroad: Onyekuru, Osimhen and Chukwueze among the goals in Europe while Ighalo continues scoring form in China

In our extensive coverage of Nigerian players abroad, we review the performances of these players and a host of other Nigerian stars plying their trade abroad.

We start from Nigeria where a host of players were involved in Premier League and Championship actions.

Wilfred Ndidi was on from the start in Leicester City’s 0-1 home loss to Newcastle United on Friday. The midfielder was on the pitch for 72 minutes before he was taken off.

His compatriot and teammate Kelechi Iheanacho was introduced in the 72nd minute but he couldn’t make any impact for Leicester City.

On Monday night, Alex Iwobi played the whole 90 minutes for Arsenal who got a 1-0 win away at Watford for just their sixth away win of the season. Iwobi was lively all through the game and was Arsenal’s main threat from the wing.

His compatriot Isaac Success was in action for Watford as he was introduced later in the second half and although he was lively during his time on the pitch, he couldn’t help Watford to get an equaliser.

Two Nigerians Oghenekaro Etebo and Semi Ajayi clashed in the middle of the park when Stoke City settled for a 2-2 draw at home to Rotherham.

The two clashed several times on the pitch as they left their friendship on the sideline. Etebo played the whole 90 minutes for Stoke City, same as Ajayi who was in Rotherham colours.

Super Eagles defender William Troost-Ekong was not able to keep out Roma who beat Udinese 1-0 at home in the Serie A on Saturday. Troost-Ekong played 90 minutes of the game but could not help his side to keep a clean sheet away from home.

Nigerian fullback Ola Aina returned to action for Torino and was introduced late in the first half in their 1-1 draw at home to Cagliari.

Remember Chinedu Obasi, the Nigerian forward was on song for ALK who got their first league win of the season against IK Sirus. With just three games played in the Allsvenskan this season, ALK had drawn their first two and it was Obasi who drew them level in the 62nd minute against IK Sirus who went on to win 2-1.

Nigerian forward Samuel Nnamani got his second league goal of the season for newly promoted AFC Eskilstuna who got a 1-1 home draw against Orebo SK.

Nnamani has settled in quickly after just joining AFC Eskilstuna as a free agent in March.

Samuel Chukwueze continued with his insane for by scoring the winning goal for Villarreal which lifted them out of relegation following a 1-0 win over Girona. Chukwueze netted in the 7th minute and Villarreal held on the lead to get a much-needed win. 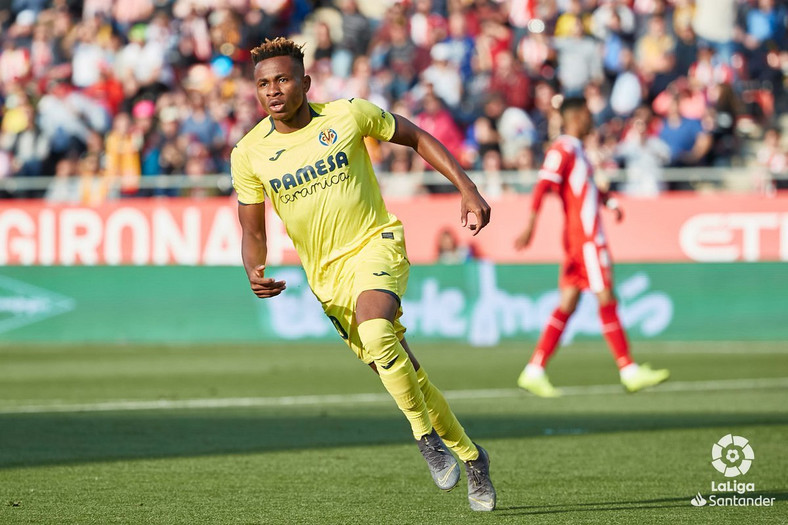 Samuel Chukwueze was on song for Villarreal on Sunday (Twitter/Villarreal)

Moses Simon was introduced from the bench but could not help Levante who had no answers for Valencia, falling 1-3 away to the Los Ches Els.

Then on Monday night, Kenneth Omeruo returned to Leganes starting XI as they held Real Madrid to a 1-1 draw at home.

Omeruo played all the 90 minutes but wasn’t fast enough to stop Karim Benzema from getting the equaliser for Real Madrid after Leganes had taken the lead.

Nigerian defender Chidozie Awaziem was in action for Rizespor and was solid in the back as they beat Goztepe 1-0 at home.

His compatriot and teammate Azubuike Okechukwu was also in action and impressed in midfield.

Henry Onyekuru scored his 12th league goal of the season for Galatasaray who forced rivals Fenerbache to a 1-1 draw away from home. Onyekuru gave Galatasaray the lead in the 66th minute out jumping his compatriot Victor Moses to head in the game’s opener.

Moses was also on from the start but was withdrawn towards the end of the game for Fenerbahce.

Super Eagles striker Odion Ighalo was on target again although his goal could not prevent a 1-2 loss for Shanghai Shenhua away at Guangzhou R&F in the Chinese Super League (CSL).

Ighalo scored a 90th-minute penalty for Shanghai Shenhua but the host Guangzhou got a late goal to leave the Nigerian striker and his teammates with nothing from the game.

Nigerian forward Kayode Olarenwaju scored his first goal of the season Shakhtar Donetsk who got a 3-0 home win over Zorya Luhansk in the Ukrainian Premier League.

Super Eagles striker Victor Osimhen opened his account in the playoff with a goal, his 13th of the season in Sporting Charleroi’s home 2-0 win over KVC Westerlo.

In his second game of the playoff round, Osimhen scored in the 90th minute with a powerful shot which took a deflection. The 2-0 win took Charleroi to third in the Belgian First Division A Europa League Play-offs.