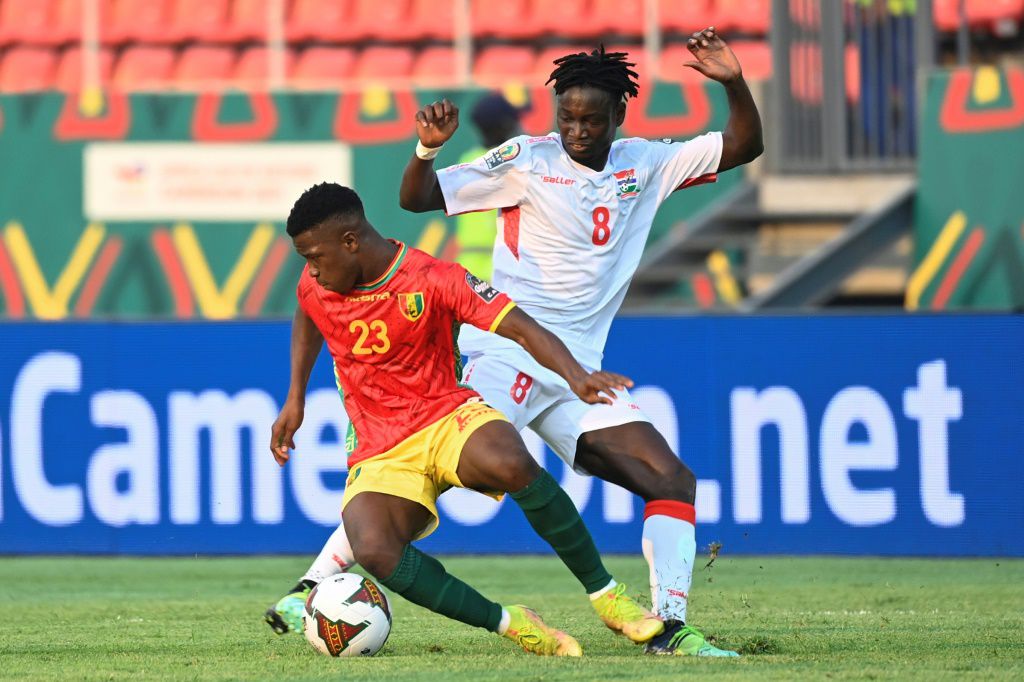 Star forward Musa Barrow scored on 71 minutes to take debutants Gambia, the lowest ranked team at the Africa Cup of Nations, into the quarter-finals on Monday with a 1-0 victory over Guinea in Bafoussam.

The west African Scorpions now face hosts Cameroon or giant-killers Comoros in a quarter-final in Douala on Saturday.

Barrow scored with a close-range shot to end the stalemate in a cagey last-16 affair at the Stade Kouekong that was dominated by the rival defences.

“We didn’t have a good feeling about today because many of us had food poisoning, including me. I didn’t sleep, was up at the toilet all the time, vomiting and with diarrhoea,” said Gambia coach Tom Saintfiet.

“They are my heroes. It’s a real team, they’re not individuals but a team which plays together, with a dream, with a strategy, and each player is very disciplined and does everything to achieve this.”

Gambia were forced to change both full-backs shortly before the kick-off when Ibou Touray and Saidy Janko were ruled out by food poisoning.

Dawda Ngum and veteran Pa Modou Jagne were promoted to the starting line-up ahead of the biggest match in the history of Gambian football.

Guinea lacked talisman and captain Naby Keita, the Liverpool midfielder, who was serving a one-match suspension after being yellow-carded in two group matches.

There was a huge gap in the experience of the two coaches with Saintfiet in charge of his 10th national team while Kaba Diawara of Guinea was recently appointed a head coach for the first time.

After a cautious start, Gambia were first to threaten when Musa Barrow stung the fingers of Guinea goalkeeper Aly Keita with a long-range shot that was parried to safety.

Mohamed Bayo had two chances to put Guinea ahead after 38 minutes, but his attempts to score were blocked by defender James Gomez and then goalkeeper Baboucarr Gaye.

In added time at the end of the opening half Ebrima Darboe unleashed a cross-cum-shot that flew across the goalmouth and out of play.

Although Guinea are ranked 69 places higher than Gambia in the world, there was nothing to choose between the sides after the opening half in the western Cameroon highlands.

The tempo increased as the second half progressed but defences remained dominant with goalkeepers Keita and Gaye rarely troubled.

Gambia went ahead when Musa Barrow latched on to a defence-splitting Yusupha Bobb pass, held off a Guinean and struck a left-foot shot past Keita.

Guinea thought they had equalised after 77 minutes when Conte pushed a cross into the net at the back post, but joy turned to frustration as his effort was ruled offside.

Gambia were pegged back in the closing minutes after substitute Njie was sent off for a second yellow card and Guinea hit the woodwork twice in added time and had a penalty appeal rejected.

It was the second successive last-16 exit by Guinea, who were trounced by eventual champions Algeria in Egypt three years ago.