Interestingly, the film looks like it’ll be great, capturing Adesua in full display of her seemingly acquired martial art skills.

With several months having passed since the fans of Mrs. Wellington got wind of her preparation for the role of an all grown Muna, it’s time to revisit the possibility of her pulling it off now that the footage proves she might be ready for the global stage. 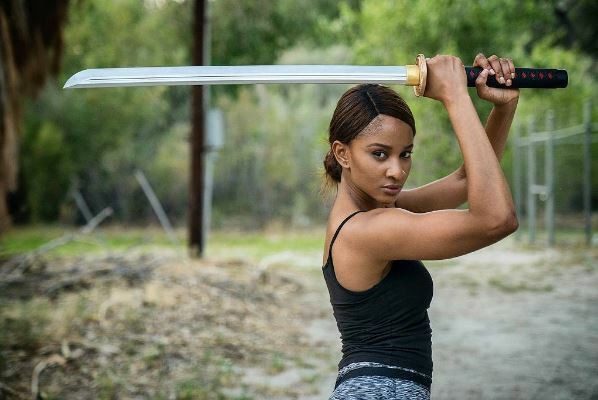 When the first images of Adesua’s character (Muna) surfaced on her Instagram page back in July 2017, it sent shivers down the spines of her fans. The ‘Wedding Party’ star explained how her physical theatre training had helped her with the role after eight years. Not many of her contemporaries or senior colleagues would have pulled this off with the scenes seen in the 2:24 long official trailer.

From comments on the YouTube page to Adesua’s official Instagram pages, the accolades were genuine and the overwhelming belief of Nollywood’s inability to get the martial art and few other techniques right might have just been broken.

More to the point, Adesua’s professional training from City College Coventry, the United Kingdom where she obtained a diploma in “physical theatre, musical theatre and performing arts” is surely an added advantage that might have set her for global recognition with her performance in the film, ‘Muna’.

The official trailer further lends a voice to the issue of human trafficking – which has been the theme of a number of Nollywood movies. Muna, who finds love after being trafficked to Europe has come of age and learned new skills to help confront the human trafficking ring that has various individuals from different races across the world. 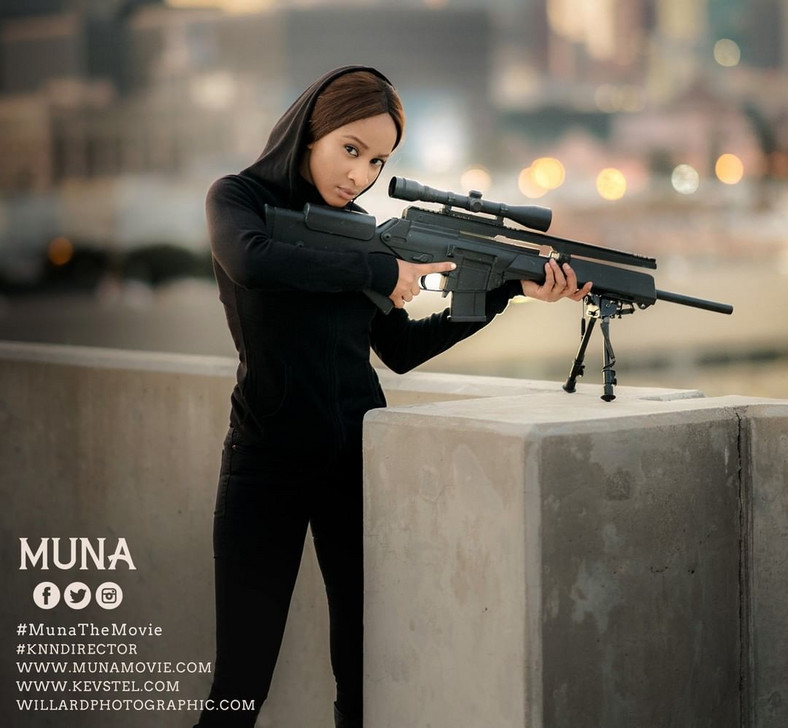 Adesua Etomi-Wellington takes on a new role that might change her career for the best. [Instagram/Munathemovie]

In April 2019, Adesua Etomi was ranked alongside Hollywood’s superstar, Scarlett Johansson as the world’s most famous actresses. In a special article and interview by Vogue magazine with the title, ’14 Countries, 14 Superstars: The Global Actors Who Know No Limits,’ Etomi was ranked alongside Léa Seydoux, Eiza González, Elizabeth Debicki, Angelababy, Deepika Padukone, Bruna Marquezine, and Doona Bae as nine of world’s most famous actresses. Adesua told the world about Nollywood and she is living up to the billing as the famous actress from Nollywood. 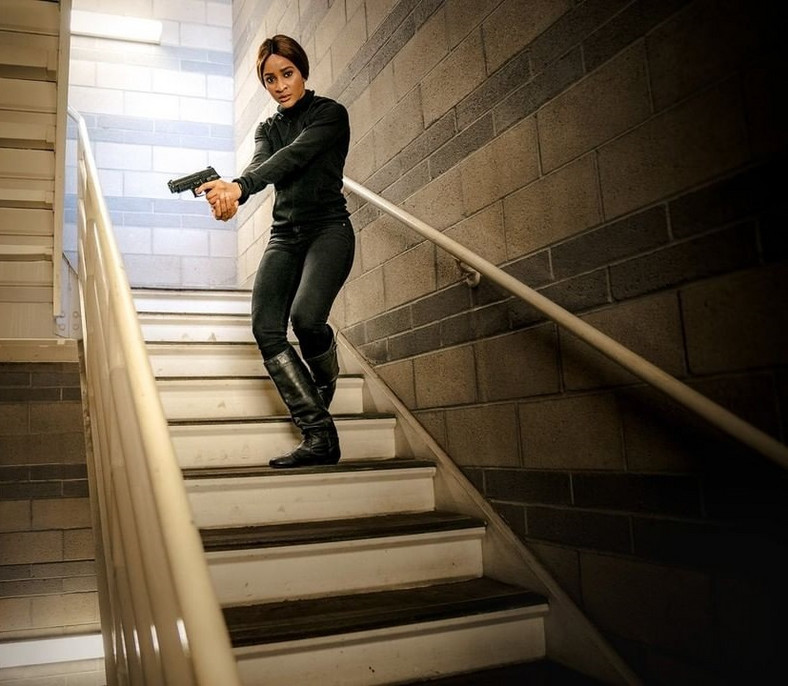 Nollywood might not have an Angelina Jolie or Halle Berry, Adesua Etomi-Wellington is poised to place Nollywood on the global stage. [Instagram/Munathemovie]

Nollywood might not have an Angelina Jolie or Halle Berry to pull off some of the needed martial art performances, ‘Muna’s trailer offers assurance that Adesua is going to give a clench-fisting performance that both harkens back to her readiness to take on new challenges in the uncharted territory of the global stage.

Written by Unoma Nwankwor, ‘Muna’ is scheduled for theaters with unbelievable armours at a yet to be disclosed date.

‘Muna’ is the story of a spirited girl raised by her grandmother; the last surviving member of their family. Muna’s driving desire to provide a better life for herself and grandmother in the land of milk and honey leads to shady characters that will change the trajectory.

Landing her smack dab into the hands of traffickers. That experience turns her once golden heart into one driven by stone cold revenge on those who stole her innocence. In her grand plan, love was never on the agenda.

When secrets and betrayal complicate her strategy, she has a tough decision to make. Will she remain a prisoner of her past or allow love to set her free?