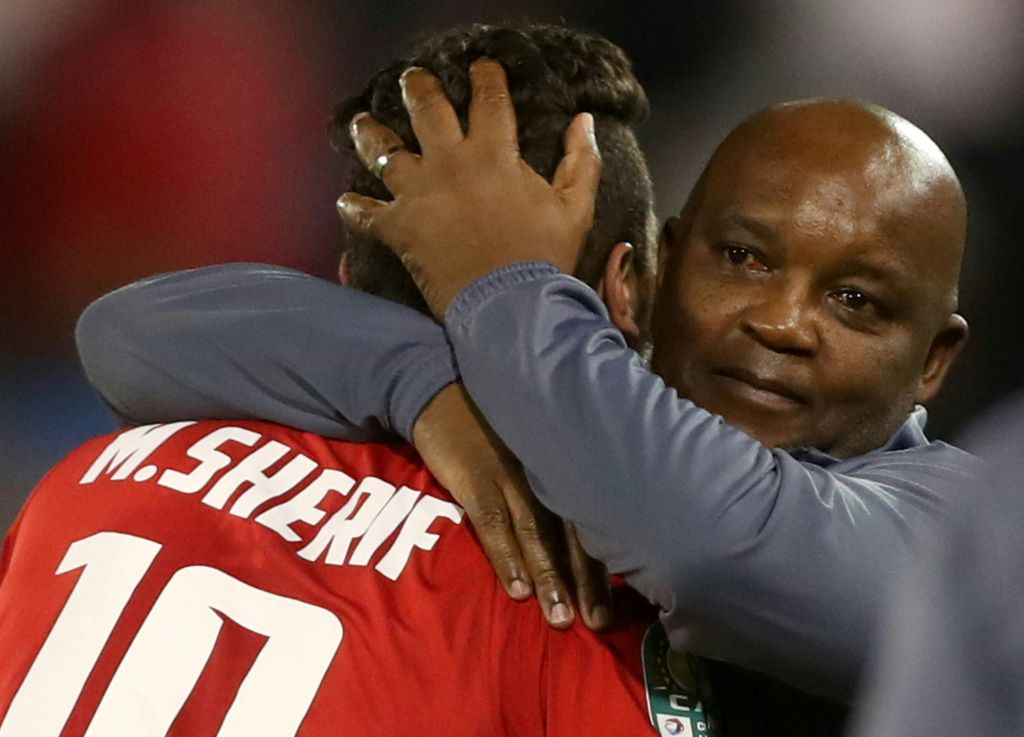 Seeking to become the first club to win the elite African competition three seasons in a row, the Cairo outfit led from the 19th minute when Tunisian Ali Maaloul converted a penalty.

But they were denied what Mosimane called “a clear penalty” before Moumouni Diori levelled for the Nigeriens on 75 minutes in Niamey.

South African Mosimane, who has won the Champions League twice with Ahly and once with Pretoria side Mamelodi Sundowns, stressed the need to use VAR in CAF competitions.

“African referees rarely give a second penalty kick to one team,” he told reporters as Ahly launched a campaign to become African champions a record-extending 11th time.

“This is my ninth season as a coach involved in African competitions and, most of the time, a second penalty kick is not given to one team.

“If we do not have VAR in our matches, we will continue to see this situation. We are behind Europe in this regard and VAR would help everyone in Africa.”

Ahly and 10 former African champions were in action with four winning, five drawing and two losing in the first legs of ties that will decide the 16 qualifiers for the lucrative group phase.

Zamalek of Egypt and TP Mazembe of the Democratic Republic of Congo boast the second most successful Champions League records after Ahly, winning the competition five times each.

Moroccan Achraf Bencharki netted just after half-time to earn Zamalek a 1-0 win over Tusker in Nairobi, which added to the gloom of Kenyans after a string of poor World Cup qualifying results recently.

Mazembe forced a 0-0 draw in South Africa against debutants AmaZulu and should emerge overall winners after the return match next weekend as they are virtually invincible in mining city Lubumbashi.

Three-time title-holders Raja Casablanca benefited from playing an away match in Morocco with El Houssine Rahimi and Mahmoud Benhalib scoring in a 2-0 win over Liberian outfit LPRC Oilers.

There are no international-standard stadiums in Liberia so the match was switched to Marrakech, a city 220 kilometres (135 miles) south of Moroccan commercial capital Casablanca.

Another Casablanca club, Wydad, fell 1-0 away to Hearts of Oak of Ghana in an Accra showdown between former champions with Issac Mensah scoring the winner as half-time approached.

Some Ghanaians were so impressed with Hearts that they took to social media and suggested the club represent the country in crucial World Cup qualifiers against Ethiopia and South Africa next month.

Twice African title-holders Entente Setif of Algeria were the victims of a dramatic second-half comeback by Mauritanian hosts Nouadhibou, who scored three times in three minutes to triumph 3-1 in Nouakchott.