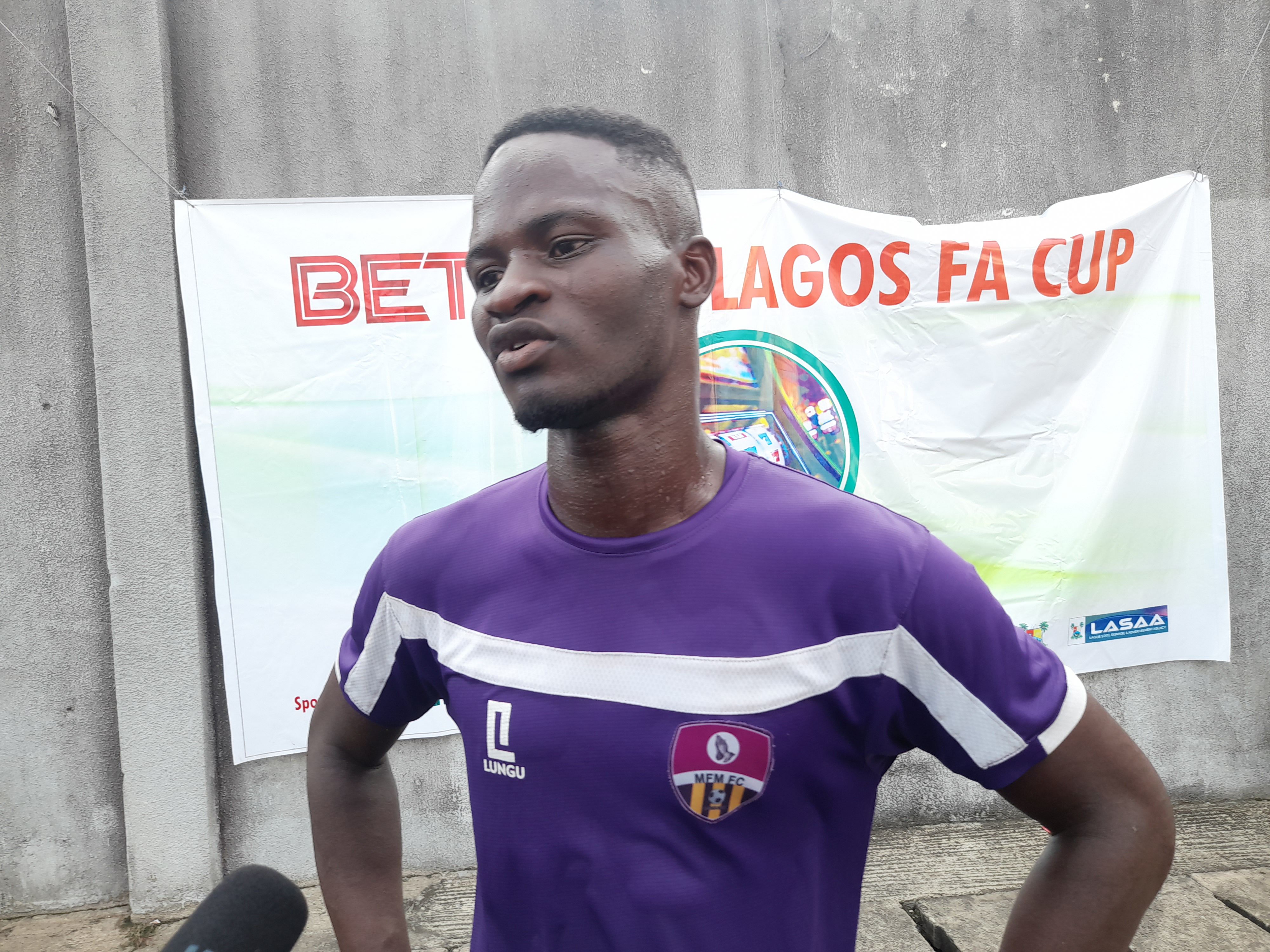 Muyiwa Alade of MFM was the obvious star of the day while Sporting Lagos were served early breakfast in the quarter-final of the BETWGB Lagos FA Cup.

Mountain of Fire and Miracles football club, MFM FC, have Muyiwa Alade to thank after they survived a scare from Ikorodu City at the Legacy pitch on Monday.

Alade was the hero of the day for MFM after his second-half hat-trick propelled the NPFL side into the semi-final of the Lagos FA Cup.

The ‘Prayer Warriors’ as I love to call them were, however, forced to deep dig for victory after a goal down to beat the Ikorodu boys 3-1 in the quarter-final of the BETWGB Lagos FA Cup.

Ikorodu City were in control and dominated most of the game but failed to make it count despite going into the break with a 1-0 lead.

The goal scored by captain fantastic, Sebastian, took us back to France in 1998 when former Super Eagles skipper, Sunday Oliseh, unleashed a bullet of a shot to give Nigeria a 3-2 win over Spain.

However, unlike that Oliseh strike, Sebastian’s didn’t guarantee Ikorodu City what would have been a deserved victory over a lethargic MFM side no thanks to a profligate second-half display from the youngsters.

Led by Hassan, who missed an unbelievable sitter after a bizarre mistake from the MFM defense deep into the second half, Ikorodu was guilty of missing as many of five glaring chances to have been home and dry.

In the end, MFM weathered the storm to teach the youngsters from Ikorodu a lesson in finishing after they scored three times from just three chances created.

The first goal was a beautiful team effort before another beautiful move from MFM opened up space for Alade to put MFM in front for the first time.

In stoppage time, Alade again, a typical fox in the box, evaded his markers to complete his comeback with his hat-trick to seal the victory. Big relief for the Agege boys who have now qualified for the semi-final of the Lagos FA Cup.

Earlier in the day, it was the game between Sporting Lagos and Smart City that set the ball rolling at the Legacy pitch.

The Tech Boys were expected to see this one through but for the third successive match, they failed to score from open play and were outsmarted by their non-league opponents.

A first-half strike was all Smart City needed to see of the dominant Sporting to book their place in the last four of the FA Cup.

It was a sign of things to come in the last eight of the Lagos FA Cup. But Ikorodu City came short despite a lovely performance led by centre-back and skipper Sebastian.