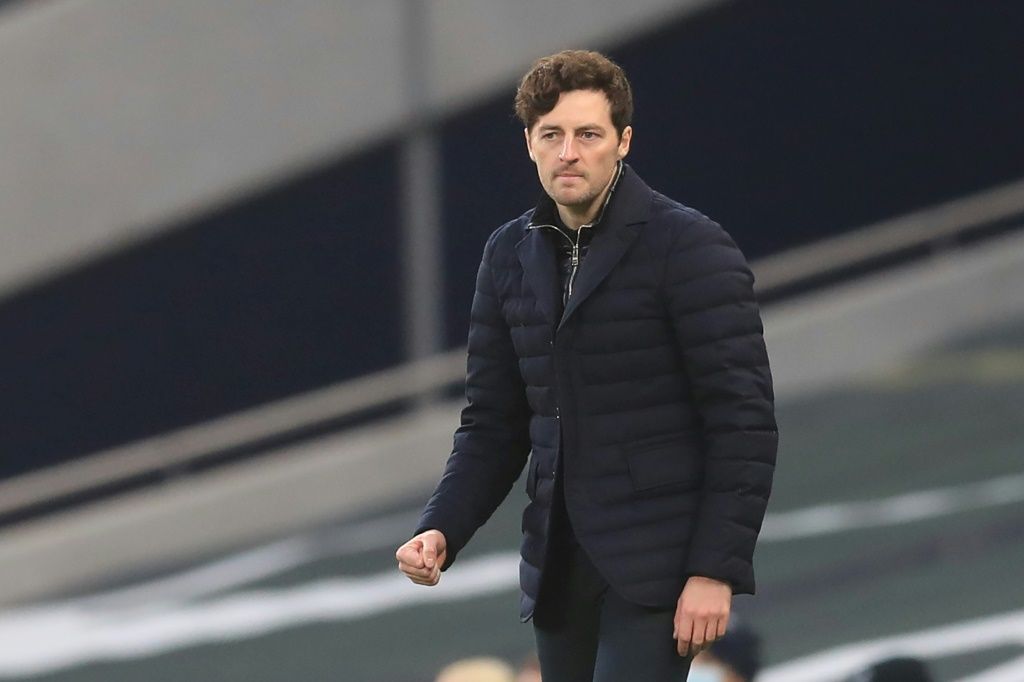 Treble-chasing Manchester City face a Tottenham side desperate to end their trophy drought in the League Cup final as two members of the failed European Super League clash at Wembley on Sunday.

Just seven days after the bombshell revelation that City and Tottenham were among 12 clubs plotting the breakaway Super League, they will contest the first major silverware of the English season.

Alarmed by the furious public backlash against the Super League, City’s Abu Dhabi-based owners were the first to lose their nerve when they pulled out on Tuesday.

The tournament was dead in the water only 48 hours after its launch.

But amid grovelling apologies from owners, supporters remain furious at the cynical betrayal and there have been calls for sanctions against the six Premier League teams.

Against that explosive backdrop, it is ironic the League Cup will be the focus of attention for two of the Super League founders this weekend.

If the competition — effectively a closed-shop replacement for the Champions League — had gone ahead, it was said the increased midweek fixture list could have killed off the League Cup.

Given both clubs would gladly have turned their backs on the League Cup forever, it would be no surprise if there are protesters and dissenting voices among the 8,000 fans allowed into Wembley this weekend.

But for City manager Pep Guardiola and Tottenham caretaker boss Ryan Mason the goal in the build-up to the final has been keeping their players focused on the pitch rather than letting the Super League furore distract them.

After beating Aston Villa 2-1 on Wednesday, City need eight points from their last five league games to win the English title for a third time in four seasons.

On Wednesday, they take on Paris Saint-Germain in the Champions League semi-final first leg.

With the PSG tie looming, Guardiola must decide whether to play Phil Foden, whose goal and influential display against Villa maintained the 20-year-old’s emergence as one of City’s key men.

“I’ve known him about five years, since he was a little boy and he’s showed his quality, no doubt about that,” City midfielder Fernandinho said.

“He’s matured and is taking the actions better. He’s been awesome.”

Tottenham arrive at Wembley wounded by a week that saw Jose Mourinho sacked on Monday, just days after Harry Kane suffered the latest in a long line of ankle injures.

Kane missed Tottenham’s 2-1 win over Southampton in the first match of the post-Mourinho era on Wednesday and is not certain to return against City.

Mourinho’s dismissal was triggered by his failure to mount a top-four challenge, while his strained relations with several senior players including Gareth Bale proved debilitating.

“Maybe just to be on the front foot a bit more,” Bale said pointedly when asked what might change after Mourinho’s exit.

“We want to attack. We’re a big team with big players.”

The former Tottenham midfielder only went into coaching after his playing career was prematurely ended when he suffered a fractured skull playing for Hull in 2017.

Now Mason has a chance to lead the club he supported as a boy to their first trophy since the 2008 League Cup.

At a time when a cabal of greedy owners risked alienating their core audience with the cold-hearted Super League plan, the sight of Mason with his hands on the League Cup trophy would reinforce football’s redemptive powers.