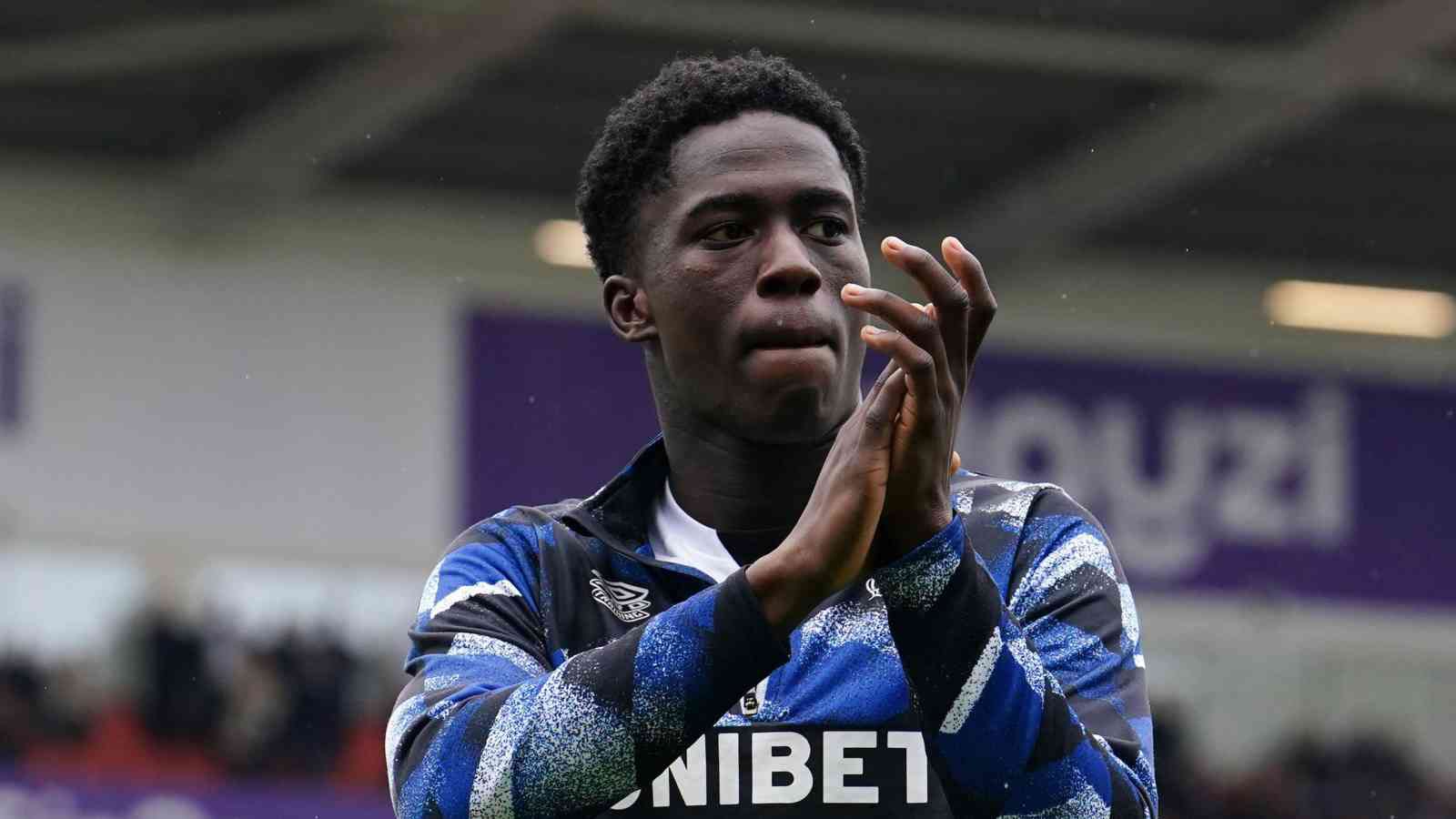 Malcolm Ebiowei is set to join Crystal Palace after turning down Manchester United, here are some facts about the 18-year old.

Malcom Ebiowei is close to signing for Crystal Palace having reportedly reached a verbal agreement with the club some days ago.

The 18-year old made the news for rejecting Manchester United’s advances and favouring Crystal Palace instead.

Ebiowei will sign a five-year deal with Crystal Palace following the expiration of his contract with Derby County but his former club are in line to receive some monetary compensation because the player in question is a minor.

Here are some other facts about Malcom Ebiowei who is up there with the most sought-after 18-year-olds in the world.

Super Eagles legend Finidi George takes over as head coach of Enyimba, and its a perfect match

Multiple reports have confirmed the young winger to be the nephew of ex-Super Eagles star, Finidi George which makes Ebiowei a big deal in Nigerian football.

Finidi George was a flying winger in his day and a menace for opposition full-backs and it is clear that Ebiowei followrejected by Nigeriaed in his footsteps,

The veteran uncle played for the Super Eagles from 1991 to 2002 and played 62 games for Nigeria while his nephew is still yet to represent any of the countries he’s eligible for.

He was rejected by Nigeria

Ebiowei was invited to the Nigeria under 17 camp ahead of the 2019 FIFA under 17 World Cup but he was dropped from the final list.

Owngoalnigeria reports that Ebiowei was humiliated in the under 17 camp with a direct account of his unsavoury experience narrated by Finidi George.

“He wasn’t treated fairly in the camp of the Nigeria team, you know they asked him to cut his hair as he came to the camp with braids. He was really humiliated and they dropped him,” Finidi George told Owngoalnigeria.

He has been around

Despite being just 18 years old, Crystal Palace will be the fourth club Ebiowei has signed for in a short space of time.

His career began at Arsenal until he was released in 2019 and then went on to trial at West Ham but didn’t sign for the club,

He joined Rangers instead and afterwards left to join Derby County where he has now had a breakout season and attracted interest from all over.

Time to License the Vote Trade