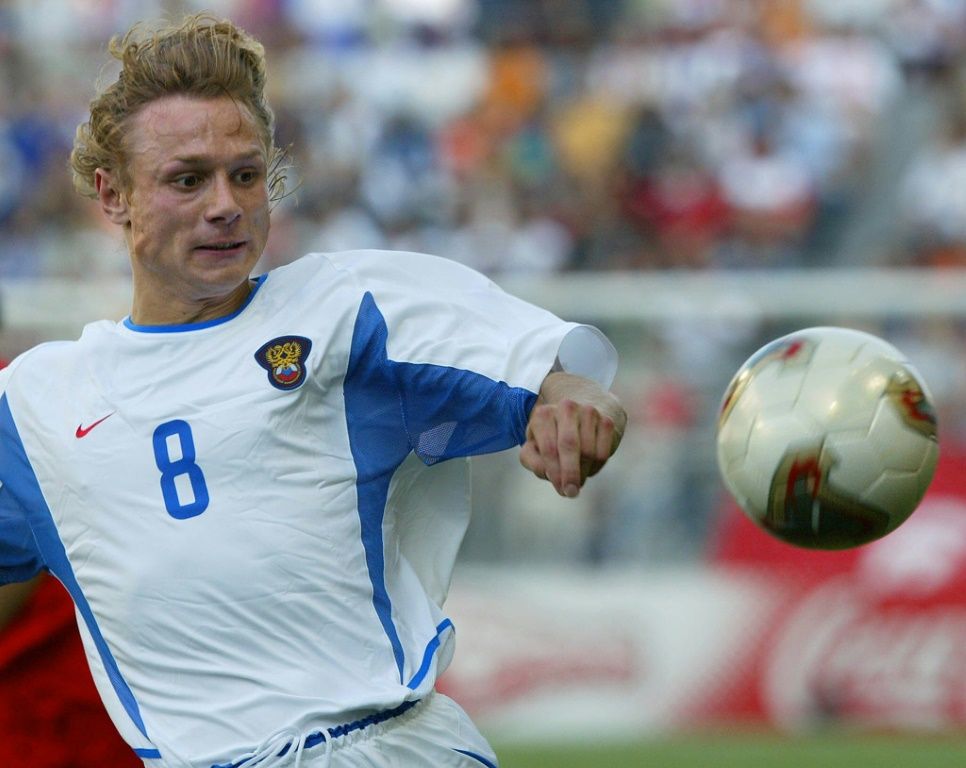 Valery Karpin playing for Russia against Tunisia in Kobe at 2002 World Cup in Kobe, Japan. He scored the second goal in a 2-0 victory

Karpin, who was coaching FK Rostov, will replace Stanislav Cherchesov, sacked after Russia was eliminated in the group stage of Euro 2020.

The federation said Karpin, who is 52, had agreed to a contract until the end of the year, “with the possibility of the further extension of the agreement.”

Federation’s president Alexander Dyukov said Karpin is “one of the best Russian players of his generation.”

“He played very well for both clubs and the national football team,” Dyukov said in a statement published in the federation’s website.

He added that after ending his career as a player, Karpin gained “rich managerial experience” and that coaching the national team will be a “new challenge” for him.

Born in Soviet Estonia, Karpin played for Spartak Moscow from 1990 to 1994 and then moved on to play for Valencia, Celta Vigo and Real Sociedad in Spain.

He played once for the transitional CIS national team and then won 72 caps for Russia, scoring 17 goals

He started his management career at Spartak in 2012 and has managed Rostov since 2017. He led them to a ninth-place finish in he 16-club league last season.

Karpin is taking the reins from Cherchesov, who led the Russian football team to the quarter-finals of the 2018 World Cup at home, but was heavily criticised in Russia after his side’s early elimination in the group stages of Euro 2020.