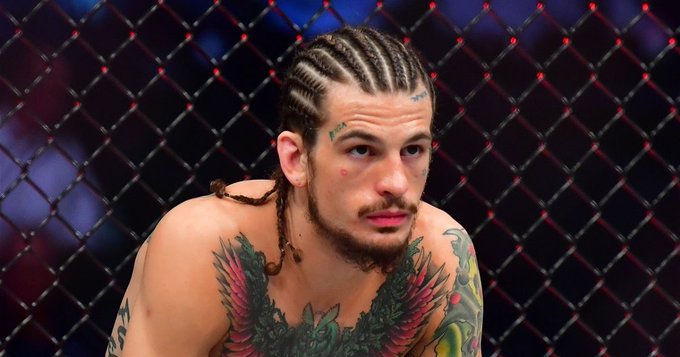 When asked about his game plan heading into the much-anticipated fight, Adesanya stated his intentions clearly and revealed he plans to give Cannonier a memorable beating.

“Everyone keeps asking ‘what’s the game plan? How are you going to beat Jared? I’m going to f*** him up. Adesanya said.

Although six years younger than his opponent, Adesanya is regarded as the best striker in the entire UFC franchise, irrespective of weight class. He believes his expertise in the octagon will help him defeat Cannonier as he remains confident in his ability.

‘We can’t move on, we were preparing to deal with Arab girls’ – Super Eagles fans reply Osimhen’s ‘clarion call’

“The main thing is, I’m going to f*** him up and I’m saying that because I want that. I want people to be like ‘let’s see, let’s see.’ Because I know what I’m doing.” Adesanya said.

The Night of Champions

UFC 276 sees a packed fight card with crowd favourites like Featherweight fighter Alexander Volkanovski and Bantamweight sensation Sean O’Malley amongst others line up in what promises to be an exciting night in Las Vegas.

As the defending champion and the headline fighter at the event, Adesanya sounded optimistic, stating that the pressure and expectations only spur him on.

“I like to live up to the challenge and if you go on my ‘FreeStyleBender’ YouTube page, me and Alex [Volkanovski] had a breakdown, and we didn’t skip a fight because it’s stacked-literally.

Adesanya takes to the ring on July 3 to defend his Middleweight crown against the dangerous Jared Cannonier in Las Vegas.