In this stat-crazy era, the effort is not enough if it can’t be interpreted into numbers, more importantly, game-deciding numbers.

Goals and assists for forwards, interception and tackles from defensive midfielders and defenders and clean sheets for goalkeepers.

Often times, there is no nuance around these conversations, no other variables are considered. Like the passes or dribbles before the assists and similar scenarios.

It’s hard to imagine how it would have affected the legacies of former players. For example, Zinedine Zidane’s legacy can be called into question if you compare his numbers with the best players of this era.

It is hard for any player to get any sort of appreciation if he does not deliver the numbers expected of a player in their position.

This is why Alex Iwobi divides opinions, especially among Arsenal fans. While some recognise what he offers, others can’t wait to see him leave the club. 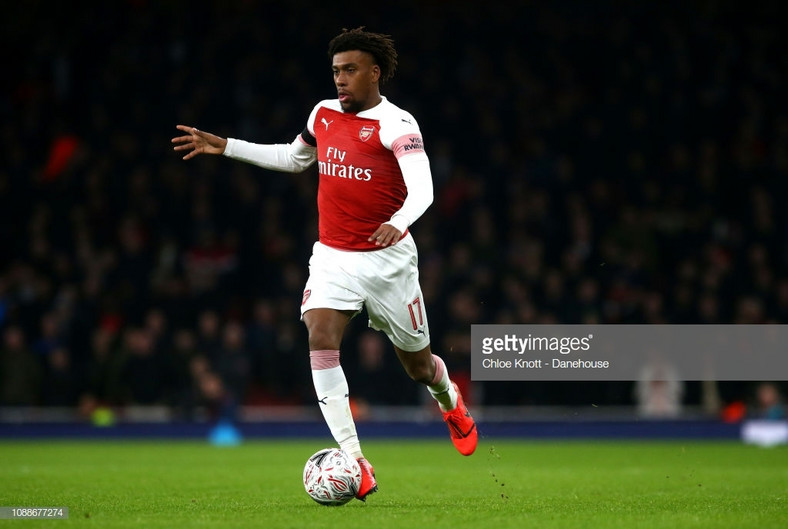 He was impressive last season for the Gunners. In a team without pure wingers for proper transitioning from wide areas, the Nigerian was Arsenal’s best best direct player, often times carrying the ball with impressive pace and trickery into the opposition’s area.

He averaged more dribbles (1.3) than all Arsenal midfielders including Mesut Ozil and Henrikh Mkhitaryan, created more big chances than every player at Arsenal except Mkhitaryan with the same number (10) as the Nigerian.

But it is with delivering decisive numbers that Iwobi has failed again-despite his obvious improvement last season- thereby giving fodder to his critics.

There is also the inconsistency that makes him a frustrating figure at Arsenal; one game he is tying knots around defences with some deft feet and incisive passing, the next, he is being let down by his heavy touches and the lack of conviction in his plays. Most times, he is all of these in the same game.

But it is in the inability to convert his efforts into the decisive end-products that has been his biggest weakness.

The 23-year-old while reflecting on his performances in this just concluded season with Arsenal in an interview on the Super Eagles Youtube channel admitted to this.

“I have done quite well this year, I have progressed as the stats have shown. I have gotten involved in a few more goals, It’s been a good season for me,” Iwobi said in the interview.

In Arsenal’s last game of the season, their Europa League final 4-1 defeat to Chelsea, Iwobi came on as a substitute to deliver a performance that showed why he does not deserve the hostility from a section of Arsenal fans. 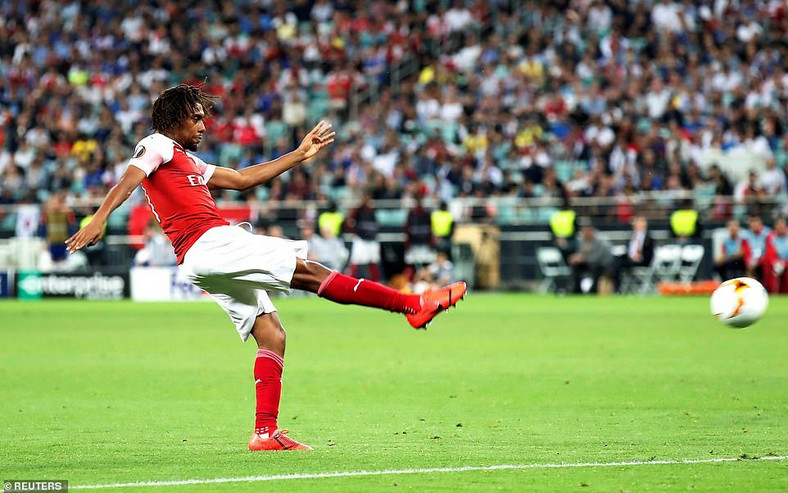 His impact was instant, causing problems for the Chelsea defence, creating a couple of chances and scoring Arsenal’s only goal of the game with a stunning strike.

“There were mixed emotions to be able to score in a final, it was a big achievement,” Iwobi said about the goal against Chelsea in Baku.

“It was obviously not the result I wanted, if I could change the result for the goal, I would have. But it is one of the goals I have to cherish in my memories and make me hungry to make me achieve and try and win the Europa League next season.”

The 2018-2019 season was his best yet, he had more goals, assists and performance for Unai Emery’s side than his previous seasons in his professional career. With the season done, the forward is currently with the Super Eagles ahead of the 2019 Africa Cup of Nations (AFCON), his second tournament with the Nigerian senior national team.

“It will be my first (AFCON), we did well in the qualifiers, it wasn’t an easy group and we did very well. We know it’s not going to be easy, it’s been a while since we played at the Africa Cup of Nations, we are going there with confidence with our heads held high,” he said.

“We are also very young, so the future is still bright, the team is still young, we have lots of young players. There is a lot of hope, a bright future ahead of us, so we are looking forward to AFCON, we are preparing now.”

Iwobi is among the core of a young Super Eagles team that is looking to impress at AFCON 2019 in Egypt after a two-edition absence on the African stage.

The Super Eagles of Nigeria are against Guinea, Madagascar and Burundi in Group B where they are considered favourites but Iwobi is expecting a battle.

“Every team is there to try and do their best and try and win, it’s going to be almost like a war. It’s going to be a serious battle every game, it’s going to be really competitive. I feel Madagascar and Burundi, they will come with a lot to prove to show everyone why they had the chance to get into the Africa Cup of Nations. I think both of them finished very well in the qualifiers, so we know it’s not going to be easy.”

The Super Eagles are heading to Egypt for their first AFCON tournament since 2013 when the Stephen Keshi-led team won Nigeria’s third title in South Africa. 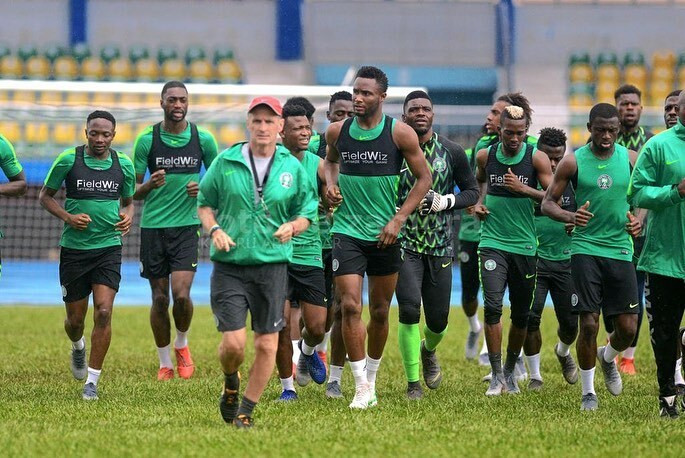 Nigerians want this title and while an impressive run to the semi-finals and final could be an acceptable outcome, Iwobi revealed that every Super Eagles player wants to win it.

“We have not really discussed that as a team, we haven’t really put a point to what we want to achieve but we all have this dream, this idea that we want to win it,” Iwobi said.

“If you are in a competition, we want to go there and win and bring back the trophy.

“That’s what we are going to try and do. We are confident, we are going to be working hard and hopeful we can do not just ourselves proud but hopefully, the whole nation as well.”

“I’ve been very blessed to be given the opportunity to play for the Super Eagles. I always wanted to represent and play for Nigeria. I’m always hungry and eager to show that I want to represent my country and do them proud,” Iwobi added.

Iwobi is also pleased to have Mikel Obi back with the Super Eagles after a one-year absence from national duties.

“I will like to say it’s been great having Mikel back, with so much experience,” the Arsenal star said.

“He’s always talking to me and tries to help me with my game because he’s a bit different playing on the African conditions and to play in Europe, so he’s always there to help me and guide me when I’m playing.

“We have a lot of stars but even when we have stars, we do well quite like a team, we don’t rely on one person.”

Since switching his allegiance from England to Nigeria, Iwobi who has made 30 appearances for Nigeria has had some special moments with the Super Eagles.

After scoring Nigeria first goal of the Super Eagles’ 2018 FIFA World Cup qualifying campaign, he sealed the World Cup spot for Nigeria with a winning goal against Zambia in October 2017.

“It was a special moment for me and the reason why I would say it was special because my family, mum and dad were there to support and the fact that I was able to spot them after I scored, made it a lot more special,” Iwobi said.

“It meant a lot to me, not just to send the whole nation through but also to do it in front of my parents. it was the first time my mum actually watched me in Nigeria. So that’s probably the most memorable for me.”

Talking about family, Iwobi has had the privilege of learning from his uncle who happens to be Nigerian great Austin Okocha. 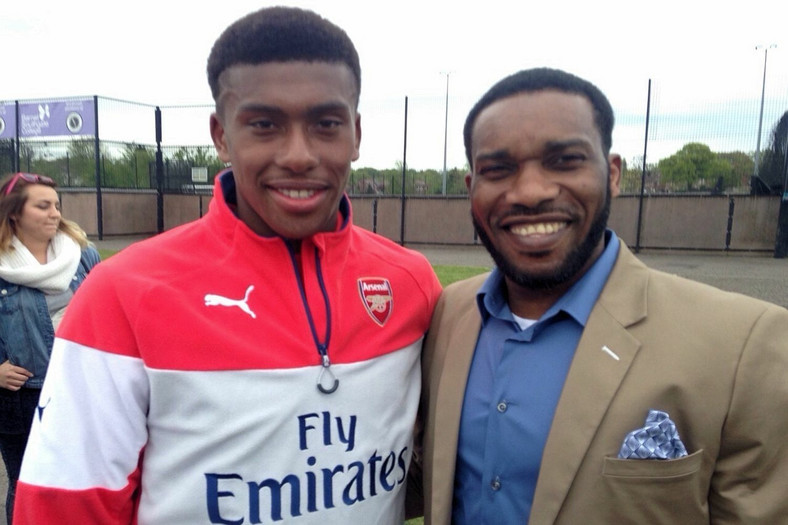 Iwobi has admitted several times to learning from his uncle but he’s not ready to credit his famous uncle for teaching him how to nutmeg opponents.

The Nigeria has been fondly called ‘Nutmeg Prince’ by Arsenal fans a reference for his ability to beat a marker by playing the ball between the opposition’s leg.

“I will like to take ownership of this one, Okocha got the skills, but I got the nutmeg.” Iwobi said.

“It’s something that just comes along, it’s just instinct. I don’t go into games thinking I’m going to nutmeg someone.

“It just happens instinctively and sometimes it’s the easiest way for me to get past an opponent. I have been given the title, I can’t let my people down.”