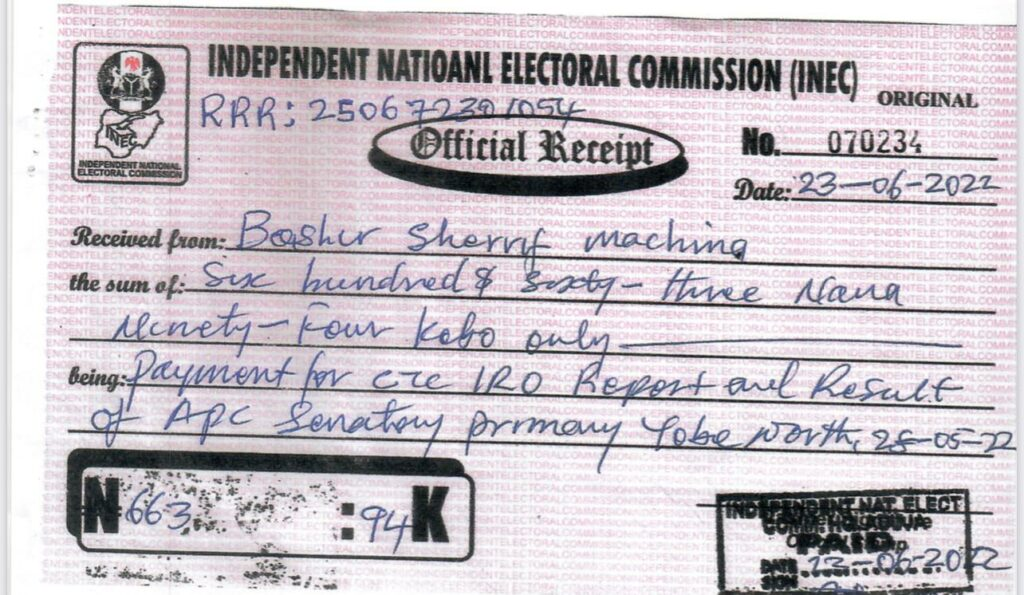 The Independent National Electoral Commission has in a certified true report,  confirmed that Mr. Bashir Machina won the All Progressives Congress primary for the Yobe North Senatorial District held on May 28, 2022

The INEC’s report, sighted by THISDAY in Abuja on Friday, indicated that Machina scored 289 votes out of 300 delegates that took part in the election.

The development has laid to rest, claims by the All Progressives Congress that the  Senate President, Ahmad Lawan, won the party’s ticket.

Machina has however, consistently insisted that he won the primary and that he remained the candidate of the APC for the Yobe North Senatorial District 2023 National Assembly election.

The report, signed by the INEC and dated June 23, 2022, did not corroborate claims by the APC National Chairman,  Abdullahi Adamu, that Lawan, won the ticket again.

Adamu had submitted Lawan’s name as the candidate of the APC for Yobe North senatorial election slated for February 2023, to the INEC.

He had claimed that a primary was held and that Lawan purportedly emerged winner.

Machina however had to take necessary legal steps to stop INEC from publishing the name of Lawan as the candidate of the APC.

INEC had also said it lacked the powers to pick a candidate in an election, even though its authentication was necessary to certify that an election held.

Investigation by THISDAY on Friday revealed that Machina would file a suit to defend his stolen mandate at a Yobe High Court.