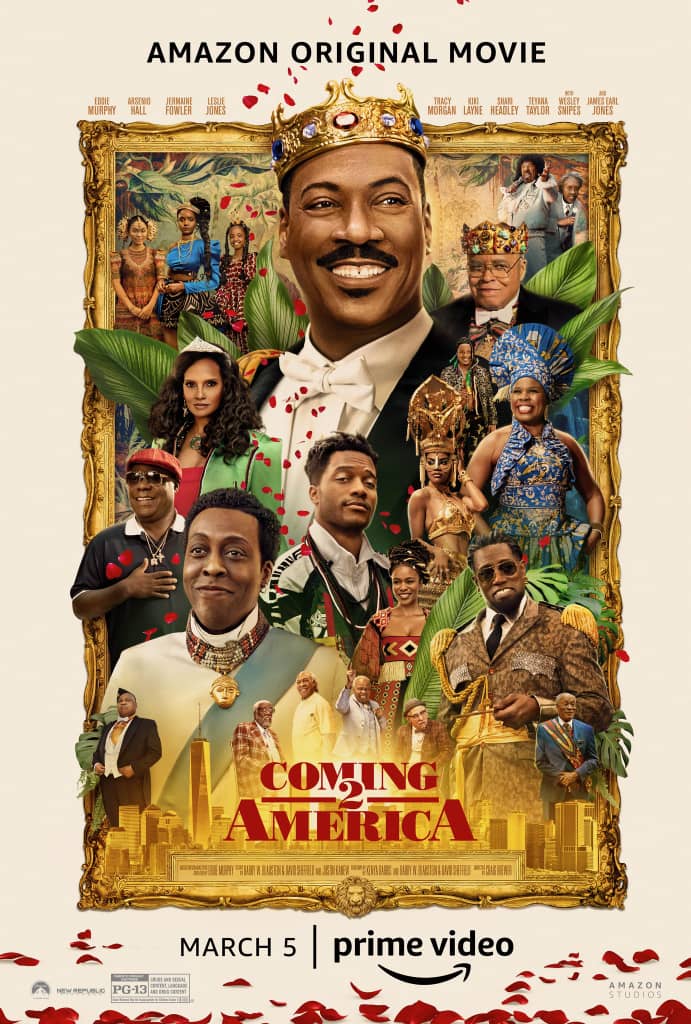 ‘Coming 2 America’ is officially coming to the big screens!

The anticipated sequel which was slated for a VOD release exclusively on Amazon Prime will also premiere in Nigerian cinemas on March 5, 2021. It is distributed by Filmone.

Directed by Craig Brewer, the sequel to the 1988 hit comedy ‘Coming To America’ will follow Prince Akeem’s journey to Queens in search of his heir.

ALSO READ: The official trailer for ‘Coming 2 America’ is here!