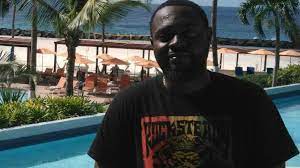 Nosa, who has lived in the United Kingdom for over two decades, put pen to papers last month and he’s looking forward to memorable years ahead at the Stadium of Light.

Describing the move in an exclusive interview with Pulse.ng from his base in the UK, via a phone conversation, Nosa tagged the move a dream come true and huge step in his career.

“The move to Sunderland is definitely a dream come true and a huge step in my career.

“I have always said to myself, if I ever wanted to make the leap into the professional environment my first choice would definitely be Sunderland.

“The facilities they (we) have are second to none and the Academy is among the leading ones in Europe,” he said.

The 37-year-old UEFA trained tactician who is also an IT Technical Consultant within the private sector in the UK, disclosed during the exclusive interview session, that he decided to pitch his tent with the Black Cats for obvious reasons, despite tempting offers from two English premier league clubs.

“I did get opportunities from different clubs including two premiership clubs, but my heart has always been here. They are renowned for their academy reputation and success in this area.

“The owners are investing in a big drive recruitment at the moment trying to get the best backroom staff and have set a plan to help the Club to keep developing.

“It’s a fantastic time to be here for me. I’m surrounded by so many experienced coaches so I will be definitely adding to my knowledge of the game,” he concluded.

The University of Manchester graduate, who has won several trophies with former employer since he joined them in 2014, is on the verge of completing his UEFA A coaching course which will place him amongst top football coaches in the World.

Olawale Quadry is a Mass Communication graduate, creative writer and pundit with eight years of experience and deep knowledge of Nigerian sports. He has previously written for SL10, South Africa, TribaI Football and Opera News. Follow him on Twitter @QualityQuadry