This classic record cemented Ogholi’s superstar status who in 1985 left her home state of Delta to pursue a career in music. She was barely out of secondary school and 20 years old when she made such a bold move.

By the time ‘Happy Birthday’ came out three years later, it was a smash hit. It was one of those ubiquitous songs that you knew the lyrics from top to bottom without making a conscious effort to memorize.

‘Happy Birthday’ is a quintessential Nigerian Reggae song. The evergreen record by the Reggae amazon must have been played at least a million times at birthday parties all across the country.

‘Happy Birthday’ is Evi Edna Ogholi’s most famous song, but it is surely not her only classic. During her active years, the Reggae singer scored a number of great hits and best-selling albums.

With her glittering discography, she can lay claim to being arguably Nigeria’s greatest female singer and one of the greatest Nigerian singers of all time.

In 1985, all she had was a demo with her when she got to Lagos. Two years later, Evi Edna Ogholi would be introduced to the Nigerian music scene with her debut album ‘My Kind of Music‘ released under Polygram now Premier Records. 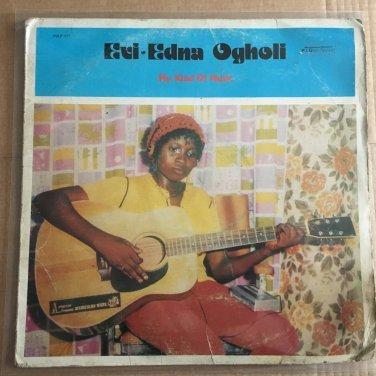 Apart from the title track, the album featured the classic hits ‘Ririovara (Dry Your Tears)‘, and ‘Message to the Youth‘. It is pertinent to mention here that Ogholi’s second and third albums reportedly went platinum.

‘No Place Like Home‘, ‘Burstin Loose‘ and ‘Step by Step‘ were released in 1989 and 1990 respectively. The latter album would also reportedly go platinum. 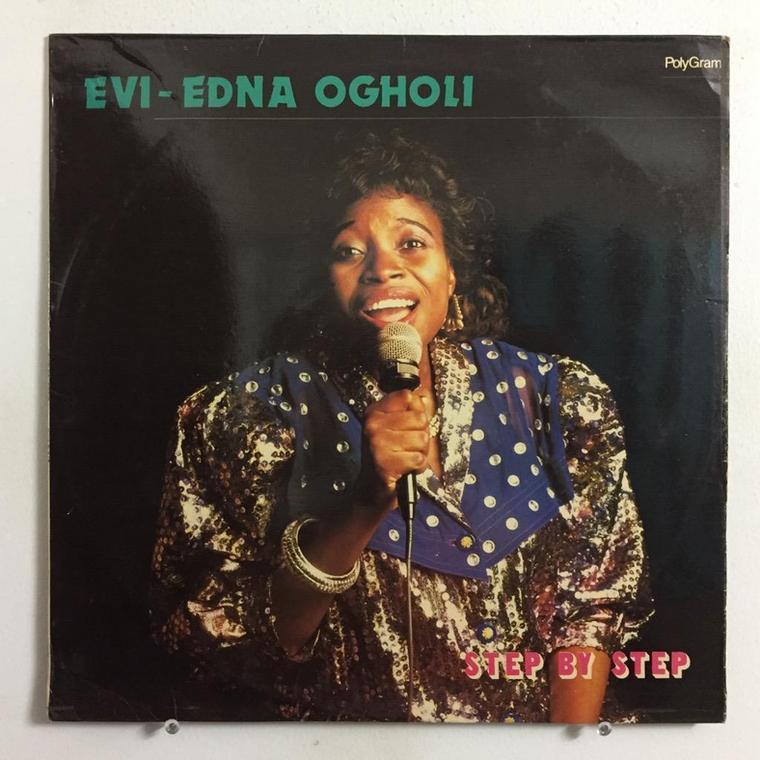 ‘Oghene Me‘, ‘Look Before You Cross‘, and others are some of the hit songs that came within this one-year period.

By the age of 25, Evi Edna Ogholi was a national sensation, a household name. You could consider her a prodigy when you consider that a lot of pop stars do not hit the limelight until their mid-20s.

In 1989, 23-year-old Ogholi toured West Africa. Her phenomenal run as a successful recording artist and songwriter made her fans and the press crown her as Nigeria’s Queen of Reggae. 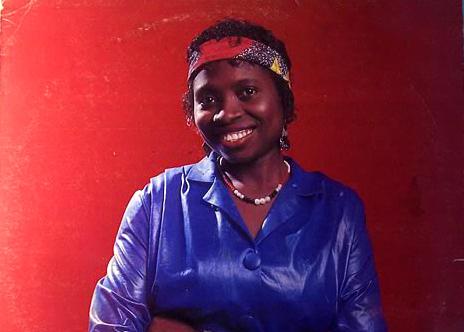 Evi Edna Ogholi was running the game in her early 20s. By 25, she was an established national sensation (HFMagazine)

Why was Evi Edna Ogholi so successful? We have to take a look at the time when she was active. The late 80s to the early 90s was the golden era of Reggae music in Nigeria.

The genre had found a footing in the country in the late 70s, most likely because of Bob Marley‘s global achievements. The Mandators, a Reggae band led by Victor Essiet released its debut album ‘Sunrise‘ in 1979. 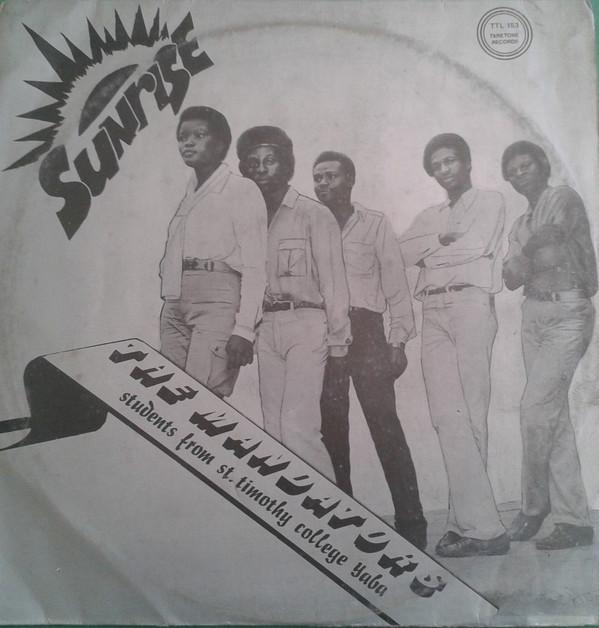 The album cover of the Mandators first album ‘Sunrise’ (Discog)

On LastFM, an online music service, Essiet speaks on Bob Marley’s influence on his music.

“Bob brought a lot of changes because when Bob’s music came out, the music that came into Africa was the African kind of rhythm, the reggae music that has a lot of African roots.

So when it came to Africa, that made a lot of difference” he said.

This period marked the beginning of Reggae music in Nigeria. However, a flashy and glittery genre of music was ruling the dance floor at the time. Disco was a big hit in Nigeria, wiping away rock music that held sway in the 70s. 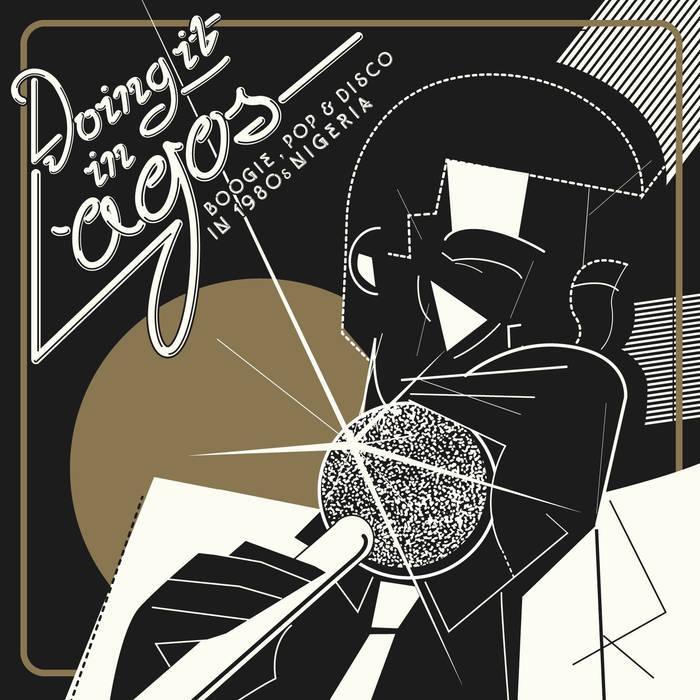 ‘Doing It In Lagos’, a compilation of Nigerian disco hits from the 80s (soundwayrecords)

By the mid-80s, disco had burnt itself out and in came Reggae. In 1897, The Mandators released the album ‘Crisis‘ under Polygram, and it was a hit.

“It was the album that blew this country; Crisis. It sold millions for Polygram” said Victor Essiet on LastFM.

The Mandators was not the only Reggae act grabbing headlines during this period. Majek Fashek who toured with the Mandators released his debut album ‘Prisoner of Conscience‘ in 1988 that features one of the greatest songs ever written by a Nigerian ‘Send Down The Rain‘.

Ras Kimono, Oritz Wiliki, Nigerian Reggae legends, would release their debut albums in 1989 during the golden era of the genre.

In this time of Reggae fever and male domination in the genre, Evi Edna Ogholi not only released successful albums but was a force to reckon with. She used her style of singing in her dialect Isoko to help make Reggae the number one genre in the country.

Married to her producer, Emma Oghosi, Evi Edna Ogholi rose to the top in astonishing pace which many of her contemporaries could not rival.

By the mid-90s, Reggae would give way to an urban offshoot, championed by the likes of Daddy Showkey, Daddy Fresh and others.

She released ‘Jah Pikin‘ in 1993. Evi Edna Ogholi now lives in France. In March 2017 she released an album titled ‘Peace and Love‘. The follow up ‘Peace in the World‘ was released in 2018. 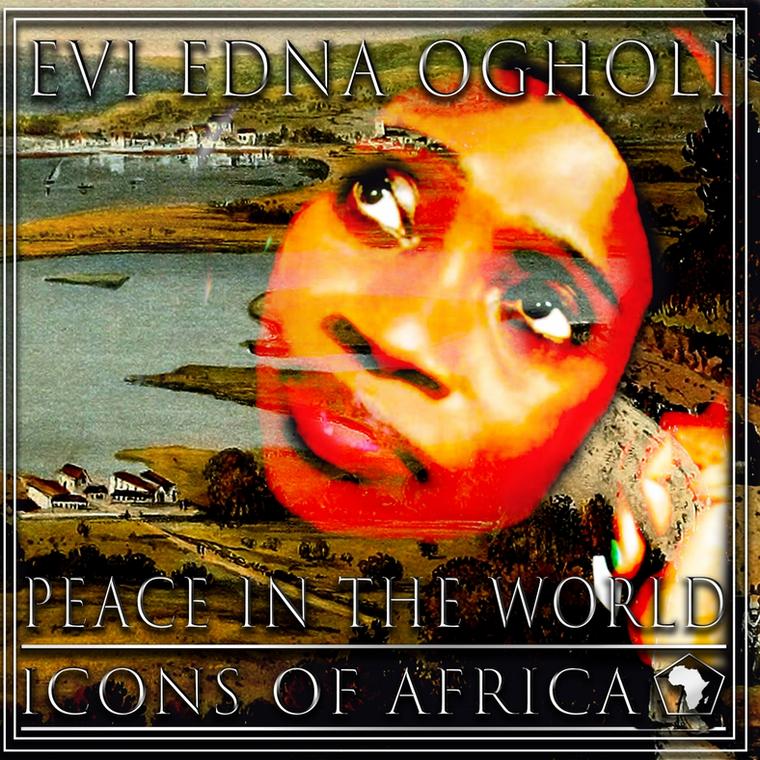 There are many legends in Nigeria’s music history but, Evi Edna Ogholi deserves a unique spot for going being a leading exponent in the popularity of Reggae music. And she did this without having her light diminished by her male counterparts.