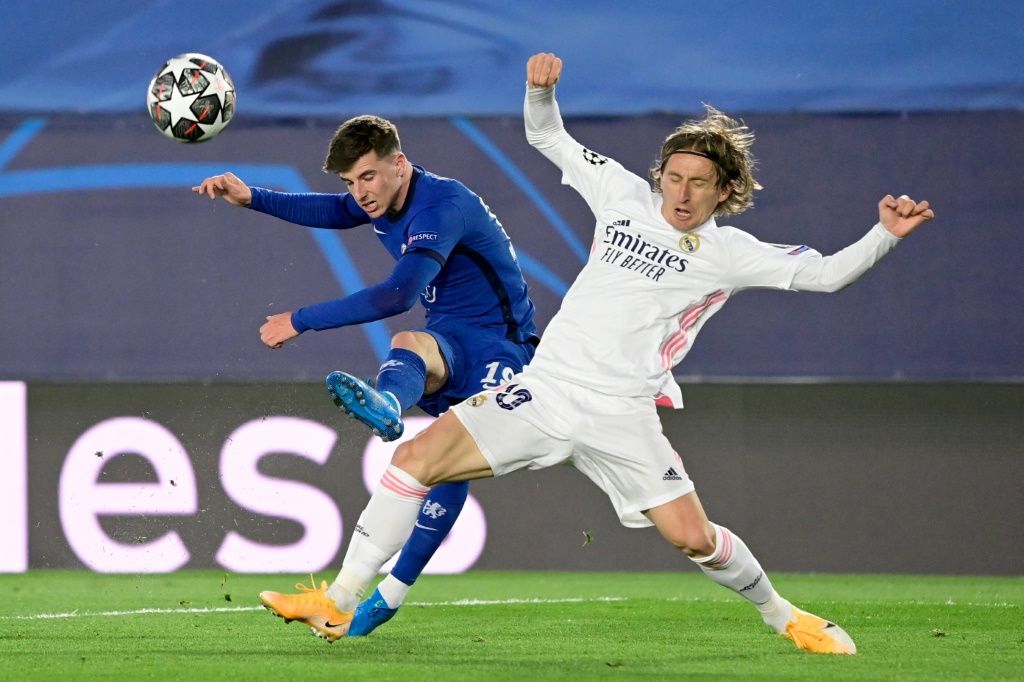 England midfielder Mason Mount is relishing the possibility of another head-to-head battle with Croatia’s Luka Modric in Sunday’s Euro 2020 clash after taking the spoils in his first encounter with his boyhood idol.

The Chelsea star grew up in awe of Modric’s graceful performances for Tottenham, Real and Croatia so had to pinch himself when Modric asked for his shirt after Chelsea’s 2-0 second-leg triumph at Stamford Bridge.

But his admiration for the 35-year-old will be put on hold at Wembley this weekend when England kick off their Euro campaign.

“He has always been a player that I have looked up to,” Mount said on Friday. “Ever since he has been in the Premier League with Tottenham, I have watched him quite closely.

“Playing against him, it was weird because I had watched him so much, I kind of knew his moves and what he was going to do.

“It helps being a fan of a player and then playing against him because you know what he likes to do.

“The experience of playing against him helps because you want to be in these big games and learn how to handle the pressure and big moments.”

Mount took home Modric’s shirt after the first leg in Madrid, with the 2018 Ballon d’Or winner then requesting his jersey in the return meeting.

“I spoke to (Mateo) Kovacic before the first game and asked if I could get his shirt at a later date,” he said.

“I managed to do that and he asked for mine in the second game because I didn’t actually give him mine in the first.

“Kova said he likes to swap with players so he came up and said he wanted mine, just said ‘Good luck in the upcoming games’.”

On current form, Mount is a strong contender for a place in Gareth Southgate’s starting line-up to face Croatia in a rematch of the 2018 World Cup semi-final won by Modric’s men.

The 22-year-old would love to help England achieve their own historic triumph in the Covid-delayed European Championship.

“Obviously knowing the history, we’ve never won a Euros before, so, for us, we’re a team that’s very hungry to want to do that,” Mount said.

“We want to create history that no-one has ever done before and I feel like with this group, with this young group, we can definitely do that and we know what we can do.”

Mount is likely to be competing with Manchester City’s Phil Foden and Aston Villa’s Jack Grealish for a starting berth.

But England defender Kyle Walker believes all three playmakers will have an impact on the tournament.

“It’s exciting times for English football to have them in the squad, to fit them all in a squad and playing all well, we will stand a really good chance to do something special,” Walker told TalkSport.

“In any stage of this tournament there could an injury, a sending-off, a tactical substitution and you could be a hero coming off the bench.”

Wanda Nara turns up the heat with her spectacular holiday photos