Anything from having a dreadlocks to owning and carrying a Laptop or having a car as a young Nigerian were adjudged as obtained through illegality – in most cases, the infamous yahoo yahoo, since glorified by singer, Naira Marley.

Regular people were getting harassed while the same members of SARS were cohorts in the complex problems of internet fraud currently plaguing the country’s reps on a global scale.

#EndSARS and the political chess move 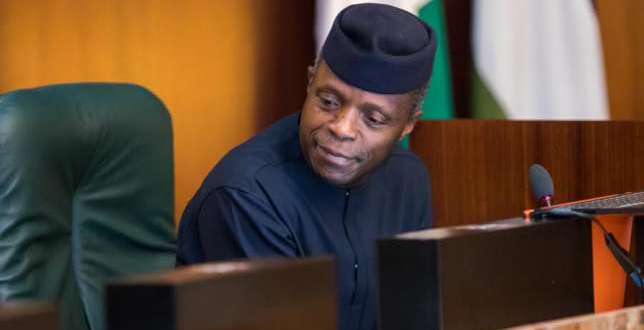 Suddenly, in what seemed both then and now, a calculated political chess move, Vice President Yemi Osinbajo ordered a restructuring of SARS under a new brand, Federal Special Anti-Robbery Squad (FSARS) – like the name was ever the problem and not the people constituting the name.

We were proved right in the first week of 2019 when news surfaced that photojournalist, Yinka Badmus had been unlawfully detained for about a week for simply having dreadlocks for hair. He was allegedly accused of cultism amongst other things. We knew not that FSARS was only getting warmed up for the atrocities to be committed later in the year.

Due to the now viral coverage SARS issues get, every issue that previously sailed under the radar now gets fed directly to social media streams and channels in real time. Thus, everything FSARS does now gets amply coverage.

This is a country of all-black people, where racism is not an issue, tribal stereotypes has not even been proven to influence SARS brutality either – at lease, not yet, but police brutality continues.

In the past month alone, Kolade Johnson and Ada Ifeanyi have been documented killings by members of SARS and the Nigerian Police respectively.

One comical, yet material facet on this issue is how the Buhari administration was initially led by immense magnanimity after months and years of clamour, that it so conveniently ‘restructured’ SARS in the months leading up to election, only to again go deaf after it got re-elected into office.

The government must really care for its people getting slaughtered in the streets for doing next to nothing but demand their rights from law enforcement that deems itself bigger than the law it supposedly seeks to enforce. We live in an – for a lack of better diction – interesting country.

In 2006, Nigerian legend, D’banj dropped his critically acclaimed sophomore studio album, Rundown/Funk You Up. On it was track 12 titled, ‘Mr. Olopa,’ which narrated his ordeal at the hands of the members of the Nigerian Police Force simply because he was a young man driving a drop-top sports car on the streets of Lagos.

In the song, D’banj narrated how on one Friday evening, on his way to the club, his windscreen was broken, how Don Jazzy was charged as an assessory after the fact for doing nothing and how his parents were cursed.

His offence as he sang in the first verse was that he drove a drop-top and looked like he wasn’t in the corporate world, which made him, “…that one…”

D’banj even goes ahead to attribute some of the issues to jealousy. In fact, D’banj narrated how simply for protesting, he was maliciously said to have smoked “high-grade” (weed) and was charged for robbery. His right to a phone call was also rejected and he feared assault simply for driving a drop-top vehicle.

A little way back, P-Square, in May 2005, Nigeria’s now-defunct supergroup, P-Square released their sophomore album, Get Squared.

At track three, a track titled, ‘Oga Police.’ It also chronicled the ills of Nigerian law enforcement. The long and short story was how a young man got arrested by members of the Nigerian Police Force (whatever command) simply for driving in his own car.

In both cases are worrying cases of victim profiling that have since festered.

It’s 2019, 14 years after P-Square’s song and 13 years after D’banj’s song. Here we are with a problem that continually festers simply because the government has blatantly refused to check and balance the Nigerian Police Force.

Have a great Thursday evening and make sure you always carry your ID Card.