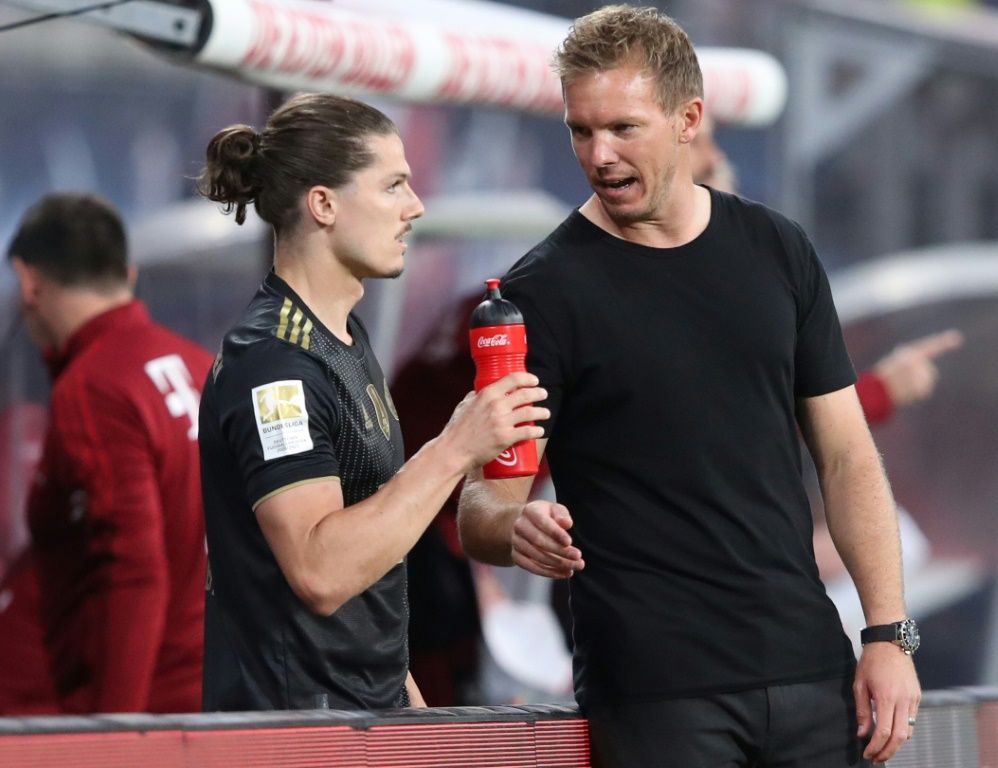 Bayern Munich start their Champions League campaign Tuesday with a mouth-watering clash at Barcelona as the Bavarian giants confidently head into Europe having plundered reinforcements from Bundesliga rivals RB Leipzig.

Bayern head into Europe buoyed by results, with 10 points from their first four league games, and confident in their current squad despite no big-name signing this summer.

“We are very, very well positioned – we have possibilities and options. We are definitely competitive,” Bayern CEO Oliver Kahn insisted last week.

France defender Dayot Upamecano was signed for 42.5 million ($50 million) from RB Leipzig, as was versatile Austria midfielder Marcel Sabitzer, at a bargain price of around 16 million euros, as Bayern’s main recruits for this season.

Ironically, Sabitzer made his Bayern debut off the bench in Saturday’s 4-1 win at Leipzig, where he began the season as club captain.

Bayern also reportedly paid Leipzig around 20 million euros to bring the 34-year-old Julian Nagelsmann to Munich as head coach on a five-year contract after two successful years in Saxony.

Kahn rejects the notion that Bayern deliberately set out to weaken Leipzig, who have lost three of their first four league games.

“We always have a clear idea of the players and coaches we think are good,” said Kahn.

“When an opportunity arises, we try to make it possible.

“That has nothing to do with weakening an opponent. We don’t force anyone to come to FC Bayern.”

Nagelsmann says the squad he has inherited is “more than enough” as he predicts using a core group of 14 to 15 players for “90 per cent” of matches this term.

Bayern have drawn Dynamo Kiev, Benfica and Barca in their Champions League group.

Tuesday’s clash at Camp Nou will be the first time Bayern have faced Barcelona since the unforgettable 8-2 thrashing the Germans handed out in a one-off Champions League quarter-final in 2019/20.

Bayern have retained seven of the side which started the historic rout in Lisbon.

They certainly possess the firepower to become European champions for the seventh time in the club’s history.

With Upamecano anchoring the defence, Bayern boast the core of the Germany team’s midfield and attack, with the addition of Robert Lewandowski, voted the Best FIFA Men’s Player in 2020, up front.

Joshua Kimmich and Leon Goretzka form a formidable midfield partnership with Serge Gnabry and Leroy Sane on the wings and Thomas Mueller in attacking midfield.

Lewandowski, 33, and Mueller, 31, are approaching the twilight of their careers, yet both are in peak form.

Having scored a record 41 times during the 2020/21 Bundesliga campaign, Lewandowski has already scored six goals in four league games this season, including a hat-trick against Hertha Berlin and a penalty on Saturday at Leipzig.

Mueller earned a Germany recall with a constant supply of assists, setting up many of the chances Lewandowski finishes.

Bayern will need a new striker in the coming seasons.

They could well join the race to sign Borussia Dortmund striker Erling Haaland, whose contract reportedly has a release clause which becomes active in 2022.

However, Bayern have a ready-made replacement for Mueller in 18-year-old Jamal Musiala.

Mueller rates Musiala as a “special talent” who “works hard”, while Nagelsmann says the teenager is “already extraordinary”.

“Yeah … he can have it – someday,” Mueller said with a smile when asked about Musiala taking his shirt for club and country.