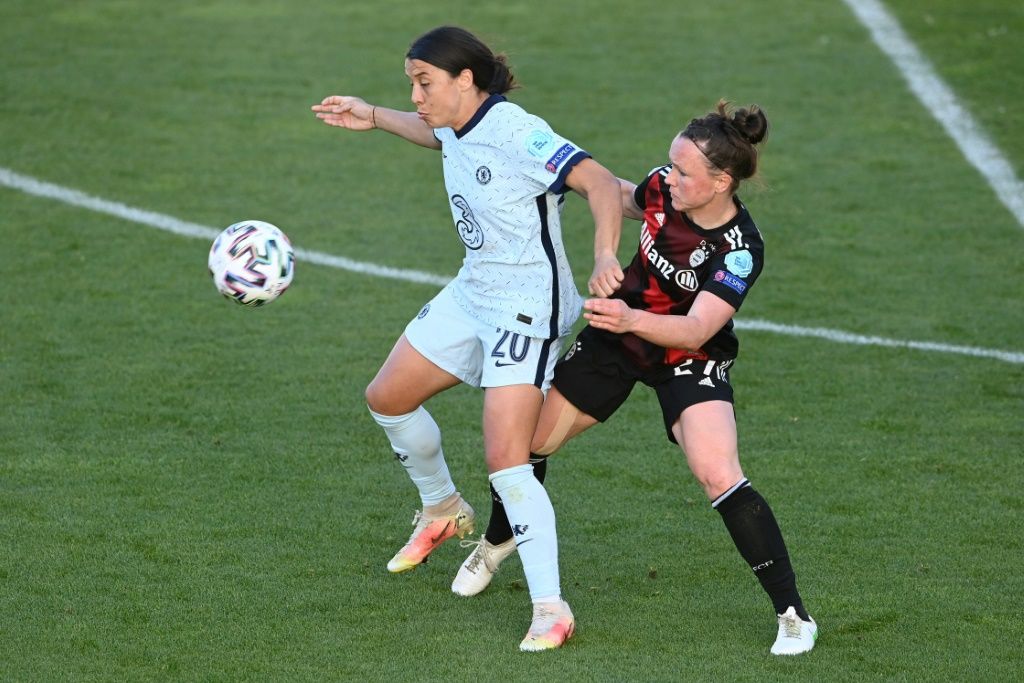 Chelsea are gunning to become just the second English team to reach the final of the Women’s Champions League but face a battle to overhaul Bayern Munich in Sunday’s semi-final second leg.

Emma Hayes’ team are well-placed to retain their domestic Women’s Super League title after having only lost one game so far this season, but after establishing domestic prominence the Blues are aiming to become a continental powerhouse.

Only Arsenal have reached the biggest match in European women’s club football, when they won the competition in 2007.

Chelsea will have their work cut out for them against Bayern, who are the competition’s leading scorers and are 2-1 ahead in the tie after last week’s first leg in Germany, following which Hayes said she would “make sure the team puts in the performance of their lives next week”.

Hayes seemed aware of the tough task awaiting her side when speaking to reporters on Friday, lamenting the poor finishing and “sloppy” goals conceded in the first leg which leave Chelsea with work to do.

“I think the realities are if we’re going to progress, we’re probably going to have to score more than one goal,” said Hayes.

“We’re going to take the game to Bayern Munich. We’re at home and I think we’ve got to trust in the belief that we’re in the position because we deserve to be here, but if you want to go to the next level you have to produce something you didn’t produce before.

“I want an inspired performance from the team but I’m accustomed to getting that from them, so I trust them.”

Hayes’ hope that Chelsea cut out the mistakes could be rocked by the possible absence of centre-back and captain Magda Eriksson because of a calf problem.

They will also be without any fans to cheer them on at Kingsmeadow in south-west London with the match taking place behind closed doors.

“It’s disappointing we couldn’t be a test event … It would have been great to have the fans there. But I understand it’s Covid and it’s not to be,” said Hayes.

In Sunday’s other semi-final, Barcelona are expecting 1,000 fans to be able to attend their second leg with Paris Saint-Germain, which is level at 1-1.

Barca have the advantage going into the match at the Johan Cruyff Stadium thanks to an away goal in Paris from the competition’s leading scorer Jenni Hermoso, whose opener last week took her tally to six.

PSG will be confident however after ending Lyon’s five-year run as the queens of Europe by knocking out a team ravaged by Covid-19 cases in the quarter-finals.

The Parisians will be hoping for the return of explosive attacker Kadidiatou Diani as they bid to reach their third final.