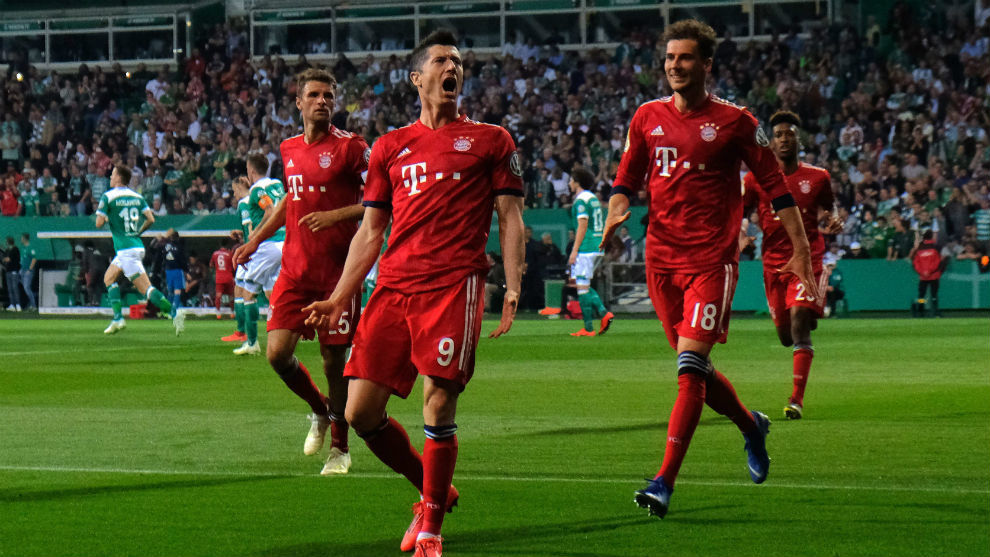 Bundesliga: Bayern Munich through to DFB-Pokal final in controversial fashion

Robert Lewandowski and Thomas Muller gave the Bavarians a 2-0 lead only for Bremen to charge back with Yuya Osako and Milot Rashica levelling the scores.

With just ten minutes to play, though, Kingsley Coman went to ground with the slightest of touches and a spot kick was awarded, much to the fury of the hosts.

Lewandowski took responsibility and scored, sending the Bundesliga leaders into the final. Bremen‘s protests continued after the final whistle, but nothing would change.