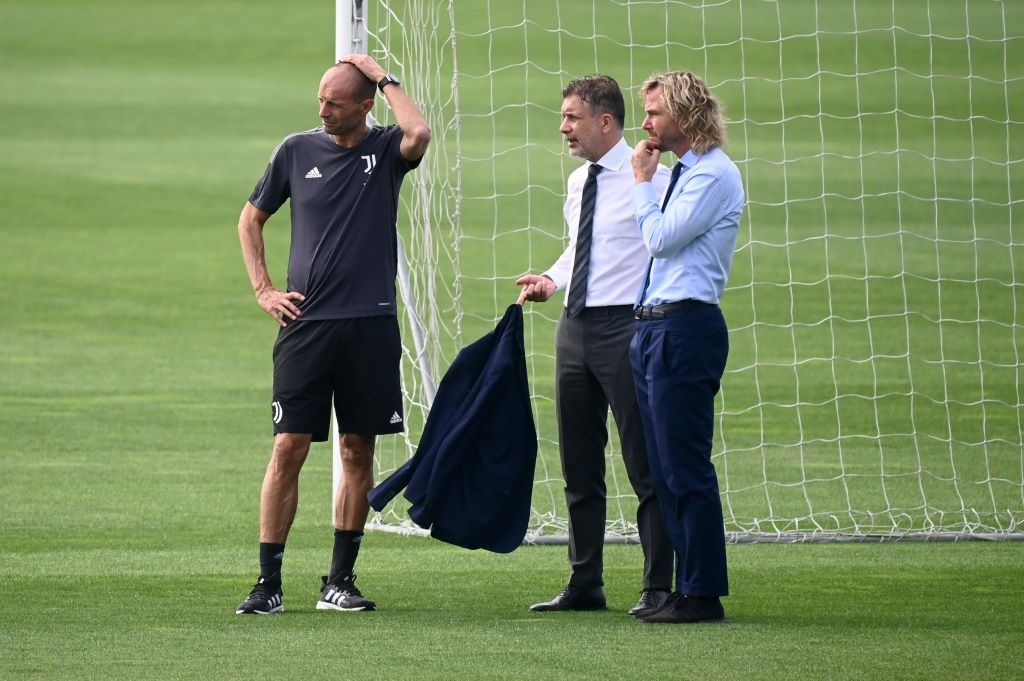 Massimiliano Allegri is the man who has taken Juventus closest to their dream of Champions League glory in recent years, but he begins this season’s European campaign in the midst of a dreadful start which has put their domestic credentials under the spotlight.

The 52-year-old was pelted with eggs by fans when he arrived for his first spell at Juve in 2014, after rows with Juve while managing AC Milan and because he was replacing club legend Antonio Conte, but he won over supporters by leading Juve to five straight league titles and two Champions League finals.

The Old Lady of Italian football tried to go one step further with the shock 2018 signing of Cristiano Ronaldo, who had ended their hopes of a first Champions league title since 1996 in the final in 2017 and then in the quarterfinals in 2018.

The 100-million euro gamble didn’t pay off, and Juventus allowed Ronaldo to leave at a fraction of the price three summers later, their status on the continent less than it had been when the five-time Ballon d’Or winner arrived.

Ronaldo is the Champions League’s all-time highest scorer but even with him in the team, Juventus failed to go further than the quarter-finals and in the past two seasons were dumped out in the last 16 by Lyon and then Porto.

Juve have lost their way domestically, last season finishing 13 points behind league winners Inter Milan under novice coach Andrea Pirlo and only qualifying for the Champions League on the final day of the campaign because Napoli failed to beat Verona at home.

Now Allegri returns to the Juve dugout not as an enemy but an old friend, charged both with re-establishing their pre-eminence in Italy and with rebuilding their European reputation with a weaker line-up than the teams he took to within one match of glory in 2015 and 2017.

After Ronald was rumoured to want out this summer, the charismatic Allegri practically shrugged his shoulders while announcing last season’s top scorer in Italy had no intention of ever playing for Juve again.

Never a coach short of confidence, Allegri said “life goes on” as he played down the exit of one of the game’s greatest ever players, but the coach’s second spell is off to a wobbly start.

Losers at Napoli on Saturday, Juve have just one point from their first three games and look a shadow of the team which dominated Italian football for nearly a decade while just falling just short on Europe’s biggest stage twice.

They kick off their continental campaign at Malmo, who Juventus also played in the group stage in 2014-15 before a team containing Paul Pogba, Andrea Pirlo and Carlos Tevez lost in the final to Barcelona.

“You can’t compare the situation today to when we were last here,” said Allegri on Monday.

“We need to win in order to give ourselves the right base from which to tackle the group as best as possible.”

He should have most of his first choice XI back for the trip to Sweden, with Juve’s South American internationals — including key players Paulo Dybala and Juan Cuadrado — absent at Napoli due to their World Cup qualifying exertions, ready to play.

However Federico Chiesa, who also missed Saturday’s  loss with an unspecified muscular problem and trained separately on Monday morning, has been left out of the 20-man squad, as has  fellow Italy attacker Federico Bernardeschi with a knee injury.

Allegri will hope that a side resembling full strength can bounce back from their early setbacks. Before the next international break early next month they have to face AC Milan and Chelsea, with a Turin derby thrown in.