Alex Iwobi holds his own as Arsenal stifle Tottenham

For the first time in recent years, Arsenal are left ruing from a draw away at Tottenham in a Premier League game.

The last time Arsenal got anything from a Premier League game away at Tottenham was in March 2016 as Mauricio Pochettino has managed to stir Spurs above their more illustrious rivals in recent years.

1-1 it finished and at the end of 90 minutes at Wembley, and it was Arsenal who were the most disappointed of not getting a win and Tottenham contented with the draw. The feeling of regret over the draw is a testament to how Arsenal played on the day.

A coaching masterclass from Unai Emery brought out the best in his players including Nigeria’s own Alex Iwobi who played all 90 minutes. 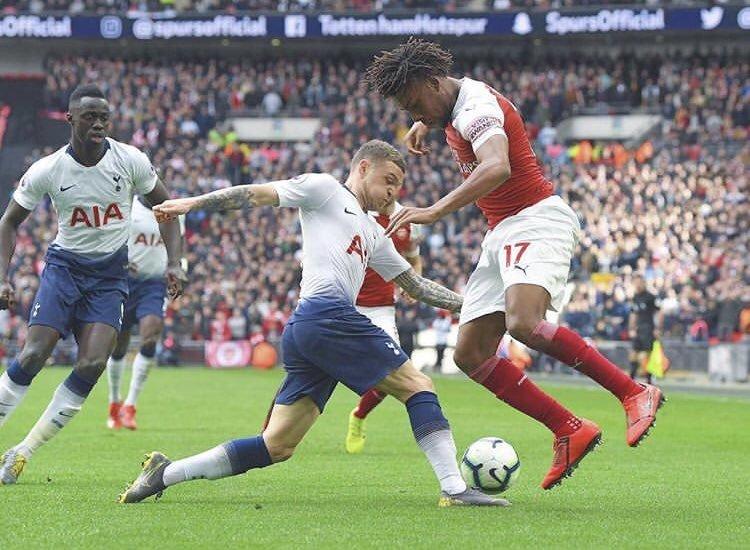 Playing from his usual left side of attack, Iwobi kept his head above water with an impressive 90-minute performance as Arsenal stifled Tottenham.

He settled in quickly in the game and just in the second minuted, his scuffed shot after advancing to the edge of the Tottenham area fell to Alexandre Lacazette who should have scored with his left foot.

Lacazette was free but his left foot didn’t connect with the ball well to miss Arsenal’s first chance of the game.

Another key Iwobi moment was a few minutes before halftime when his quick feet left Kieran Trippier off his bearing, the Nigerian created a little space to his right foot with which he curled a shot to force a save from Hugo Lloris.

Early in the second half, he pulled off his trademark move, holding on the ball on the edge of the ear before feeding an overlapping Nacho Monreal whose cross Lacazette could not direct towards the goal for another big miss.

One time in the second half, he also attempted to curl another shot towards the Tottenham goal but it was deflected for a corner.

Iwobi was sharp all through the game and was the quickest in the 90th minute to the rebound off a penalty save by Lloris. He picked up the ball and drove it across goal but Aubameyang Pierre-Emerick Aubameyang was denied a simple tap in-to atone for his penalty miss- by a late challenge from Jan Vertonghen. 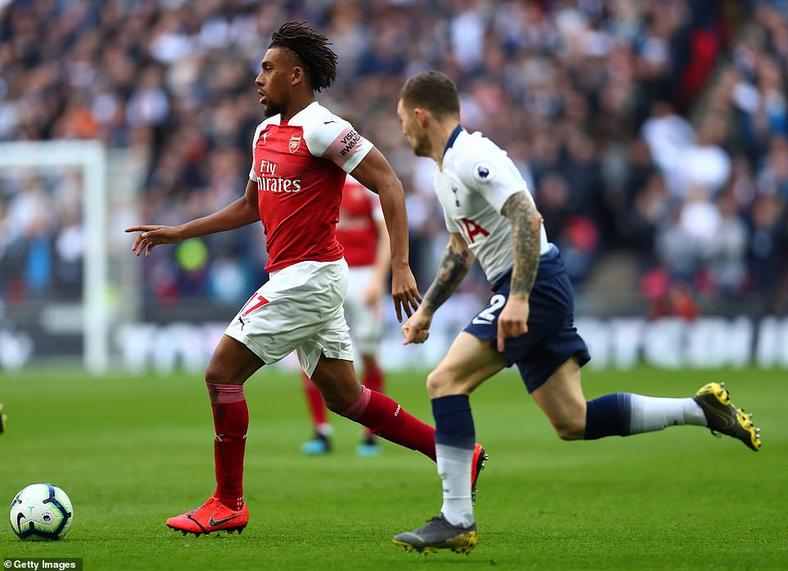 It was a solid performance from the 22-year-old who was always a threat on the left. He was Arsenal’s best player-alongside Henrikh Mkhitaryan– in transition, carrying the ball from deep with urgency and deft that troubled Tripper all afternoon.

Iwobi has faced some intense criticism this season from Arsenal fans and as the season went on, he had become an unfair target of vilification.

But he has held his head up and continue to try and put in the effort for Arsenal. Luckily for him, he has had the support of his manager Emery who has continued to prefer him to a bigger name like Mesut Ozil. And to Iwobi’s credit-as shown in one of Arsenal’s biggest games of the season- he has continued to repay the manager’s faith in him.