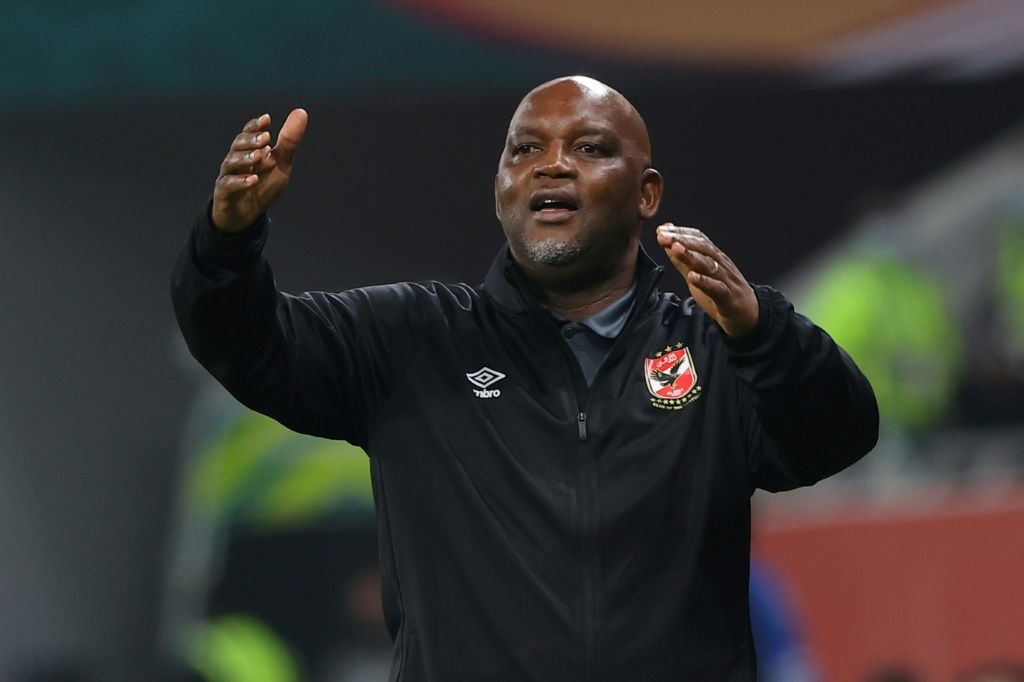 Al Ahly coach Pitso Mosimane will face former club Mamelodi Sundowns in the CAF Champions League quarter-finals after the Egyptian and South African giants were paired at the draw in Cairo on Friday.

It is the third consecutive season in which the Cairo and Pretoria outfits have been drawn together at the last-eight stage of the marquee African club competition.

Sundowns won 5-1 on aggregate in 2019 and Ahly exacted revenge one season later with a 3-1 overall victory. On both occasions the team hosting the first leg triumphed.

Mosimane left South Africa last September to become the first black African coach of Ahly since the club was formed in 1907, and guided them to third place at the 2020 FIFA Club World Cup.

His only Champions League defeat with Ahly came away to Simba of Tanzania, a loss that cost the Cairo Red Devils first place in Group A.

As runners-up, they will host Sundowns in the first leg on May 14 or 15 with the return match the following weekend.

While Mosimane sits in the Ahly dugout his former assistants, Manqoba Mngqithi and Rhulani Mokwena, will be a couple of metres away plotting his downfall.

Ahly have won the Champions League a record nine times while Sundowns conquered Africa just once, in 2016.

South Africa have two quarter-finalists for the first time and Kaizer Chiefs were drawn against Simba, the surprise side of the 2021 edition.

After five failed attempts, Chiefs have reached the knockout stage for the first time despite poor domestic form with only two victories in 13 home league matches.

Simba are coached by France-born Didier Gomes da Rosa and often field a team composed of players from up to eight African nations, including star Mozambican winger Luis Miquissone.

Esperance have won the Champions League four times, Wydad twice and Mouloudia once while Belouizdad have gone beyond the group stage for the first time.

Note: Single-match final will be played on July 17