Nigeria were beaten 3-0 in their first game against Norway and needed a big result against South Korea who were also on the back of a 4-0 defeat to France.

The Super Falcons started well against their Asian opponents and should have taken the lead as early as in the eighth minute but captain Desire Oparanozie headed straight at the Korean goalkeeper from a cross by Ngozi Ebere.

Super Falcons boss Thomas Dennerby gave a debut to goalkeeper Chiamaka Nnadozie and the 18-year-old was impressive in goal, covering well and dominating her area during set pieces.

Nigeria took the lead in the 29th minute from an own-goal after Kim Do Yong turned Rita Chikwelu’s long pass past her own goalkeeper.

After taking the lead the Super Falcons dominated the game for the remainder of the first half but stayed on the back foot in the second half and troubled the South Koreans with counter attacks.

Oparanozie’s header went narrowly after a freekick by Ebere while the Super Falcons defence were tenacious at the back to keep Nigeria’s lead.

In the 75th minute, Nigeria doubled their lead through Asisat Oshoala after good work by right-back Chidinma Okeke. 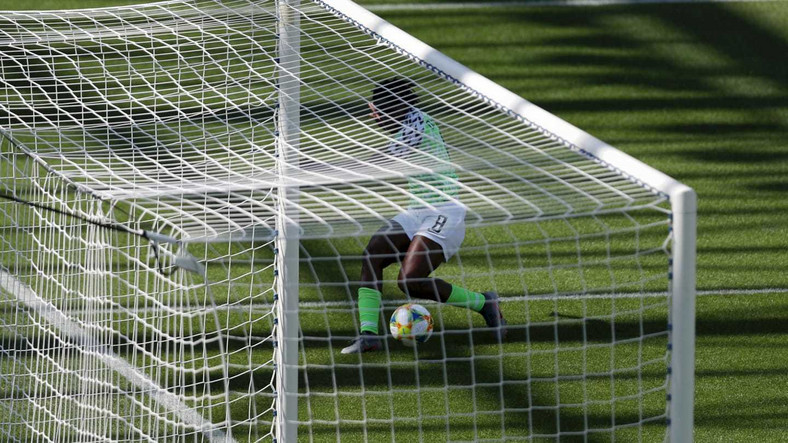 Okeke surged forward and played a through ball behind the South Korean defence to Oshoala who beat a defender, rounded the goalkeeper before slotting into an empty net.

The South Koreans garnered momentum to find their way back into the game but Super Falcons defence led by veteran Onome Ebi held on with the help of Nnadozie who was also in a good position to stop any effort.

In the end, the Super Falcons managed to grab their first win at the FIFA Women’s World Cup since 2011, when they defeated Canada 1-0 in Germany. 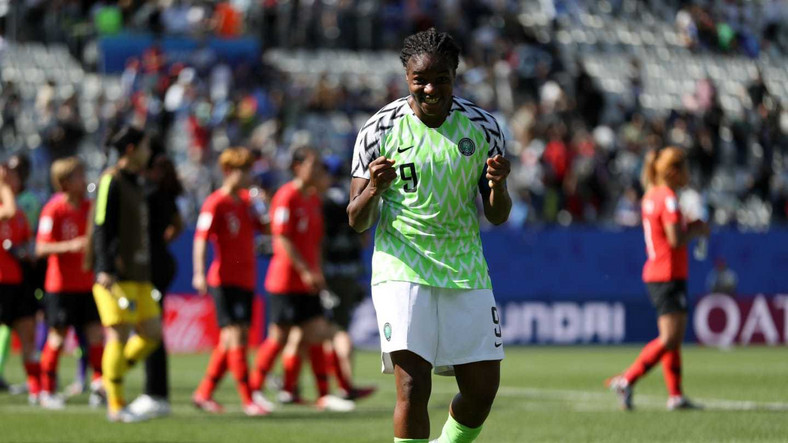 It was also the first time they had won a World Cup match with a two-goal lead achieving the same scoreline against Denmark in the USA in 1999.

They were also the first African side to get a win at the ongoing World Cup in France.

The Super Falcons will face host France in their third and last group game on Monday, June 17 with three points and a real chance of reaching the knockout stages for the first time since 1999 if they avoid defeat.